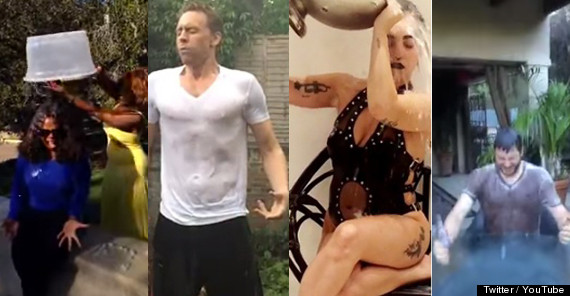 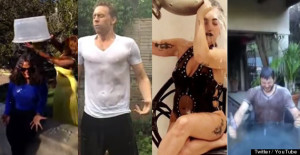 Middlebrow is a recap of the week in entertainment, celebrity and television news that provides a comprehensive look at the state of pop culture. >From the rock bottom to highfalutin, Middlebrow is your accessible guidebook to the world of entertainment. Sign up to receive it in your inbox here.

Celebrities have spent the week dumping buckets of ice water on their heads, while few have made any comment regarding Ferguson, Missouri. There shouldn’t have to be a choice between the two — one is a charitable cause to support the ALS Association, the other is a history-making tipping point in the way we regard race and human rights in this country — but the discrepancy between the way celebrities have engaged with each reveals the power of their influence and the positive way it can be used, but isn’t.

As Oprah and other people who matter less than Oprah join in on the most viral charity campaign of all time, there’s a mounting discussion about the substance behind the challenge. Are people taking part because they care about ALS or do they just want everyone to see how philanthropic they are / how good they look soaking wet? Either way, it has succeed in raising awareness and more than $13 million.

When we think about how celebrities have affected that number, their impact is clear. Any cause that manages to attach itself to celebrity is able to sprout legs, if only on Twitter and Facebook. They are most valued for whatever they do — their movies / their music / whatever it is Kim Kardashian does — and they probably shouldn’t weigh in on anything beyond that. But this is not the case. Consider the number of rich and famous people commenting on the Israeli-Palestinian conflict unsolicited. Celebrities often insert themselves in causes and issues by which they are unaffected. That can be a good thing or a terrible thing (see the anti-vaccine movement), but it certainly changes the conversation.

Meanwhile, only a few celebrities have publicly discussed Ferguson (and that’s not just a result of the troubling Facebook algorithm). There have been scattered tweets and statements from Nelly, T.I. and J. Cole. Though, more noticeably, there has been insensitive content like Beyonce and Jay Z’s “Bang Bang” trailer or Taylor Swift’s new edition of cultural appropriation that doubled as a careless white girl anthem. Each has been subject to its own rounds of criticism, both are at least suspect in terms of timing. Could it be that so many of our most vocal celebrities don’t feel they have a right to weigh in on what might be perceived as a minority struggle? If this is the case, where is that same insecurity when they are picking and choosing from black culture?

If even half of those participating in the ice bucket challenge also weighed in on Ferguson, think of the way it would change their fans’ interaction with the issue. This is not to strike down a good cause, suggest that celebrities are our only source of information or posit that one must pick between awareness-raising efforts. When we look at this week in the news, these are simply the two things that are at the height of conversation. And the reality is that there are people with communicative power (or at least massive Twitter followings), who could be shaping this history-making moment. That could mean offering up support for protesters, condemning the injustices at play or just sharing that John Oliver recap of the whole thing. Ultimately, there’s an ethical component to the amount of influence celebrities have in this heightened age of social media, and that influence should extend beyond dumping water on their heads.

Be the first to comment on "Why Are Celebrities Dumping Ice On Their Heads But Steering Clear Of Ferguson?" 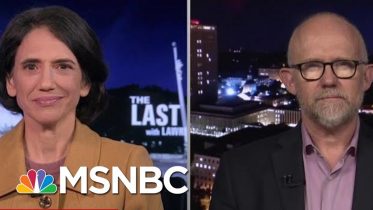 A few Republican lawmakers are expressing some concern about Trump's Ukraine phone call. Will this prove to be the Rubicon for the Republican party…