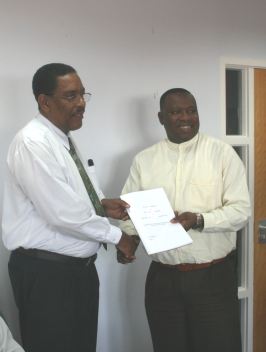 staggering US $109 a barrel and rising, Dominica’s Minister for Energy, Hon. Charles Savarin believes that “what oil and natural gas have done for Petroleum exporting countries, geothermal energy can do for Dominica”.

Hon. Charles Savarin made that announcement recently at the Media Launch of a project entitled,” Preparation of a Geothermal-based Cross-Border Electrical Interconnection in the Caribbean”.

The Minister stated further that “potentially the development of the geothermal resources of Dominica could become the single most important economic activity on the island for decades to come”.

The objectives of the project “Preparation of a Geothermal-based Cross-Border Electrical Interconnection in the Caribbean are four-fold:

·        The project will undertake a feasibility study of an electrical interconnection network between Guadeloupe, Dominica and Martinique

·        The project will set the stage for commercialization which will assist in the reduction  in the cost of electricity to the Dominican consumers, and allow for cross-border transmission to the neighbouring islands

The Project cost is 4 million euros. It  is being undertaken under the auspices of the European Commission, with counterpart funding by the Agence Francais de Developpement (AFD) and the Fonds Francais pour L’ Environnement Mondial (FFEM).

This Project builds on a wider programme for the development of Dominica’s geothermal resources, which also includes the efforts of the OAS, the GEF, CARICOM, the Regional Councils of Martinique and Guadeloupe and French development agencies like ADEME and BRGM.

Other addresses at the Media launch were also delivered by Mr. Paul Mondesire of the Office of the European Union Delegation, Bridgetown, Barbados and National Authorising Officer of the European Development Fund, Mr. Edward Lambert.

Be the first to comment on "“WHAT OIL AND NATURAL GAS HAVE DONE FOR PETROLEUM EXPORTING COUNTRIES, GEOTHERMAL ENERGY CAN DO FOR" 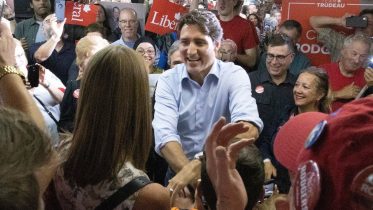 PM Trudeau to call the federal election on Wednesday

Kamala Harris drops out of the 2020 presidential race