“I would like to reiterate my congratulations for your re-election, with the warm and natural affection that has always united us to the sister people of Dominica. Remember, partner, that by us there will always be an immense constructive popular force, creative and liberating which nobody could defeat, Receive my respect and admiration,” President Chavez wrote.

In his letter, the Venezuelan Leader also lauded the decision of the Commonwealth of Dominica to join the Bolivarian Alternative for our Americas (ALBA) in January, 2008.

“In January, 2008, the integration of the Caribbean countries revitalised when the Commonwealth of Dominica decided, freely and in a sovereign manner to join the Bolivarian Alliance for the People of our America. This action involved is in the consolidation process for real and truly democratic union, keeping with the interests of an Alliance that seeks complimentarity for the nations that give it its life.”

The Bolivarian Republic of Venezuela was the first country to establish an Embassy in Dominica following Dominica’s attainment of political independence in 1978.

The relationship between Dominica and Venezuela has strengthened and deepened in recent years under the leadership of Dominica’s Prime Minister, Hon. Roosevelt Skerrit and Venezuela’s President, His Excellency, Hugo Chavez Frias. President Chavez has visited Dominica twice in the last two years. 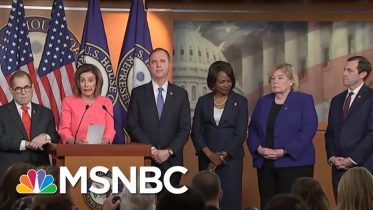 Romney On Trump’s Foreign Assistance Call, ‘This Is… Against The Law’ | The Last Word | MSNBC