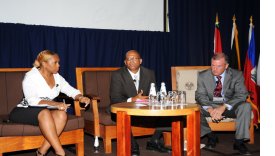 Partnership is key to lowering fares and improving intra-regional tourism, according to both an established and an emerging player in Caribbean airline market.

In a lively session to cap the CTO’s Leadership Strategy Conference, LIAT CEO Brian Challenger and Airone CEO Ian Burns presented their visions for the future of aviation within the region.

Burns outlined his new airline’s plans to make intra-regional travel “affordable, accessible and profitable” through a low-fare, no-frills model, with fares starting at $9.99. He outlined the challenges facing air travel in the region, including expensive infrastructure, a heavy regulatory burden and reliance on public ownership. He called for lower taxes and airport charges, increased capacity at lower-cost airports, and the better matching of aircraft types for each route.

“Our model is a European model,” Burns said, pointing to Ryanair’s success and profitability with very low fares. “We believe there’s room for a regional short-haul carrier between the intercontinental long-haul and the intra-island market.”

While acknowledging that LIAT is a legacy carrier and not a low-cost carrier, Challenger also expressed concern about high costs, stressing this was an industry-wide challenge. He called for CTO to facilitate dialogue and “partnership between all tourism stakeholders — including airlines, hotels, tourism & airport authorities – to lower the costs of intra-regional air travel.” He pointed to simpler fare structures, revenue guarantee agreements and efforts to improve efficiency in aircraft performance as possible solutions.

Both speakers pledged cooperation with each other and with CTO members to lower costs, notwithstanding their very different business models.

Be the first to comment on "Lower fares key to intra-regional tourism: CTO pane" 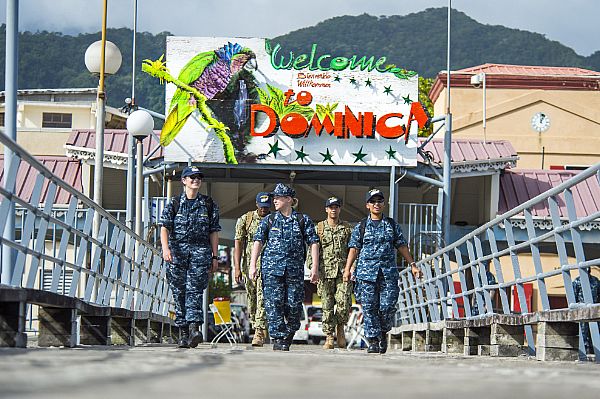 Continuing Promise 2015 Kicks Off in Dominica