Office of the Prime Minister

The Antigua Labour Party is overjoyed with the decisive mandate for an unprecedented fourth straight term in office given to the St Kitts and Nevis Labour Party by an electorate that quite obviously understands and appreciates the successful socio-economic transformation that you have led with such distinction.

Please extend to the members of your team (our comrades of Labour) our heartiest congratulations for your inspiring victory and the dignified way in which the electoral process conferred on yet another Labour Party in the Caribbean, the responsibility of ensuring steady, safe, caring hands to guide the ship of state in these challenging days of global turmoil.

Your resounding victory at the polls, coming as it does on the heels of last month’s landslide victory for the Dominica Labour Party under the leadership of Prime Minister Roosevelt Skerrit, is an inspiration to us at this time especially with the likelihood of fresh elections here in Antigua and Barbuda in the not too distant future.

Let me be the first to commend you on the tremendous restraint you have exercised, as the elder statesman of CARICOM leadership, in rising above the blatant interference of Antigua’s Prime Minister Baldwin Spencer in the electoral affairs of St Kitts and Nevis.

Mr. Spencer provided substantial resources in support of the vicious campaign for change launched against you by the People’s Action Movement (PAM). His contributions included the assignment of his party’s election campaign pit bull Roy Boyke to subvert the will of the people of the Federation by engineering the same trumped up charges of “corruption, high national debt and a crumbling economy” effectively used against the Antigua Labour Party in 2004.

We note with disgust that even PAM’s 2010 Manifesto “Platform for Change” is nothing more than a cut-and-paste replica of Manifestos presented by Mr. Spencer’s United Progressive Party in 2004 and 2009.

Fortunately for Kitts and Nevis, the people emphatically rejected the smoke and mirror trickery of PAM, Lindsay Grant, Baldwin Spencer and Roy Boyke in favour of embracing the progressive changes you have led which continue to deliver the greatest good to the greatest number.

Our thoughts, prayers and best wishes are with you and the people, as you continue the sacred mission to lead your people to higher levels of growth and sustainable development.

Be the first to comment on "Hon. Lester Bird writes to PM Douglas congratulating him on his victory in the 2010 elections" 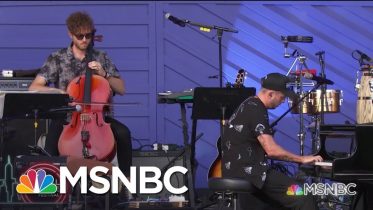