The Dominican government has offered two of the country’s CARIFTA gold medalists, Luan Gabriel and Shanee Angol, scholarships through to university education.

Angol captured gold in the U-17 javelin with a throw of 43.89 meters in the just concluded 2013 CARIFTA Games and Gabriel, an Olympic participant last year, is a 2012 CARIFTA gold medalist in the 200-meter dash.

Prime Minister Roosevelt Skerrit says cabinet agreed to award the scholarship to the two budding athletes as a form of recognition to the achievements of the island’s youth.

“I would like to announce this evening that cabinet has taken a decision to grant to both Luan Gabriel and Shanee Angol a full scholarship to continue high school education,” Prime Minister Skerrit said.

The Dominican Prime Minister said Gabriel and Angol are both expected to maintain a high level of performance during their entire education career. 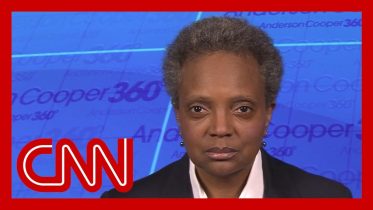 Chicago mayor to Ivanka Trump: Stop tweeting and call us

Chicago Mayor Lori Lightfoot responded to Ivanka Trump's tweet, which she labeled 'misleading,' saying a call from the President's daughter would've been a more…

Sask. Premier Scott Moe on his meeting with PM Trudeau: ‘More of the same’