The United States has one confirmed case of Ebola, the Centers for Disease Control and Prevention said on Tuesday, marking the first domestic appearance of the deadly virus that has ravaged swaths of continental Africa.

The as-yet unidentified patient is located in Dallas, officials say, effectively confirming a statement issued on Monday by Texas Health Presbyterian Hospital of Dallas. The organization said that an unnamed patient was being tested for Ebola and had been placed in “strict isolation” due to the patient’s symptoms and recent travel history.

In a press conference, CDC Director Tom Frieden said the patient in question had been traveling in Liberia, where he may have contracted the disease. He returned to the United States on the 20th of September, after which he sought care. Frieden attempted to assuage concerns about Ebola’s contagious effect, saying that the virus was only spread through direct contact, and was not airborne. He vowed that officials would contain a potential spread.

“It is certainly possible that someone who had contact with this individual…could develop Ebola in the coming weeks,” Frieden said, but added that “there is no doubt in my mind that we will stop it here,” Frieden said.

Iran warns of ‘consequences’ after US strikes in Iraq and Syria

Anderson Cooper: Trump has given only a token sentence to this

Coronavirus cancels campaign rallies in blow to Trump and Sanders. Biden, not so much.

Be the first to comment on "First confirmed case of Ebola confirmed in the United States: CDC" 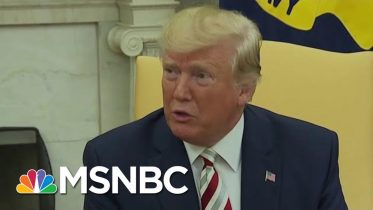 President Trump is getting a ton of backlash after attacking Jewish Americans who vote Democratic. The CEO and National Director of the Anti-Defamation League,…

Chris Hayes: This Is A Worst-Case Scenario | All In | MSNBC