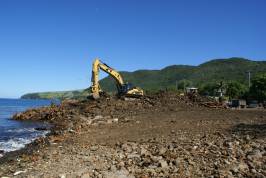 Roseau, Dominica – October 28, 2008……….An environmental revolution to further enhance Dominica’s image as the Nature Island of the World has begun with the commencement of a programme  that will rid the entire country of all derelict vehicles and white goods.

As a first step, a $10 million project is now underway at the dump site in Jimmit, just about five miles from the capital city of Roseau. The project is being undertaken under the PetroCaribe initiative and is being funded entirely by the Government of the Bolivarian Republic of Venezuela.

eyesore and a blight on the community for over 10 years.

The massive clean-up which started about three weeks ago is expected to be completed in about three weeks. All the material are being transported to the sanitary landfill at Fond Cole where they will be compacted and shipped out of the country.  Following the clearing-up of the Jimmit site, all derelict vehicles throughout the country will also be collected, compacted and shipped out of Dominica.

Speaking to the media at the site on Monday, Minister with responsibility for PetroCaribe, Hon. Reginald Austrie described the day as an “historic day” for Dominica.

” What we are witnessing here this morning is one of the largest and biggest environmental clean-up projects that has ever taken place in Dominica,” Hon. Austrie stated.

According to Minister for National Security and Parliamentary Representative for the Jimmit area,  Hon. Rayburn Blackmoore, the intention is to transform the old dump site into a park with sporting and recreational facilities. It is envisaged that the new multi-purpose park will link to the  nearby Rodney’s Rock facility  via a boardwalk.

Both Minister Austrie and Minister Blackmoore expressed their gratitude to the Venezuelan Government for its continued interest in the development of Dominica. 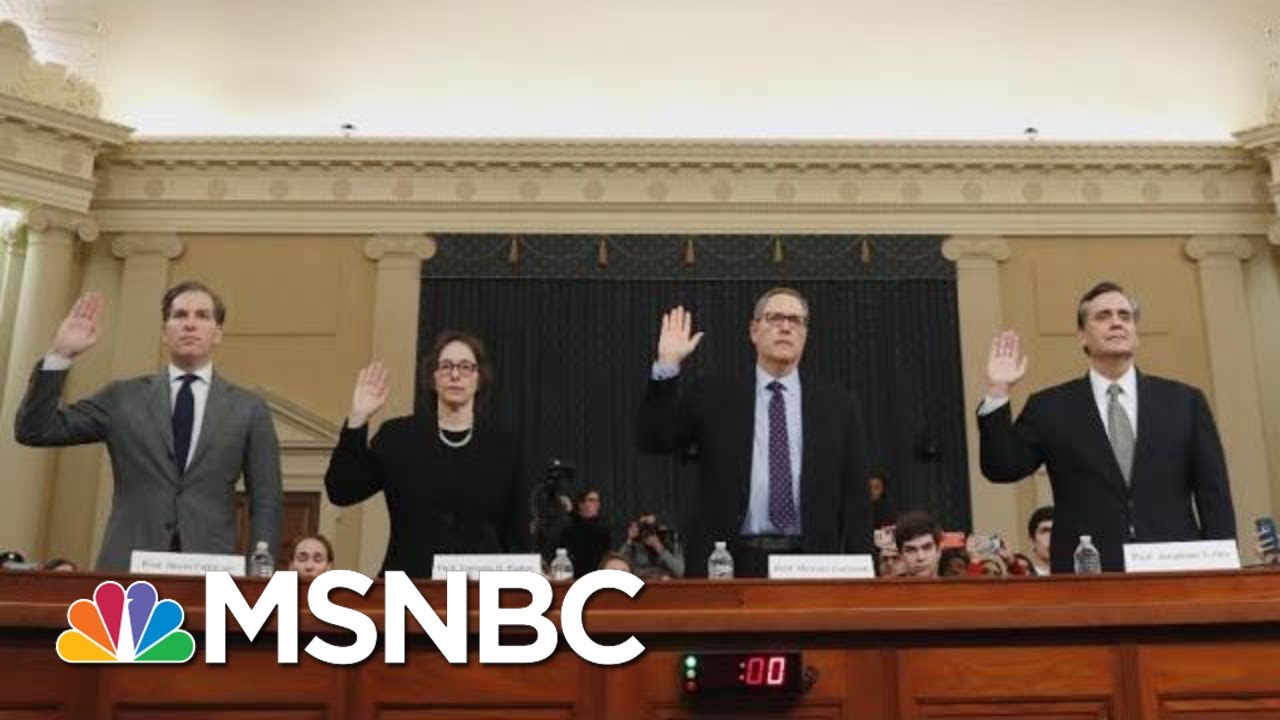 Did The Latest Trump Impeachment Hearing Change Anything On Capitol Hill? | The 11th Hour | MSNBC

Did Democrats move the needle with their latest Trump impeachment hearing? We talk to Anita Kumar to get the latest. Aired on 12/04/19. »…

How can you be sure the money you donate to charity is having the biggest impact?

Rev. William Barber On Relationship Between Evangelical Movement And Trump | All In | MSNBC