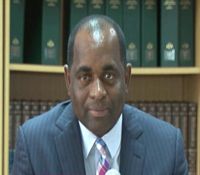 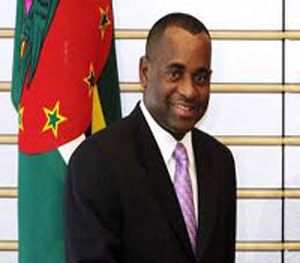 The leader of the Dominica Labour Party Government, Hon. Prime Minister Roosevelt Skerrit asserts that change was brought to Dominica when the reins of leadership was given over to the Labour party.

He says that change is even more evident now when, even in these financially challenging times, so much has been accomplished.

Government which considers youth the catalyst for change is especially proud of the change it has brought in the area of education.

The former education minister continued, “When we came into office, 44% of all primary school graduates had access to high school. We set ourselves a target to achieve Universal Secondary Education in 2007; this Government achieved it in 2005- two years in advance. This was because of our concerted efforts and investments in education.

“When we came into office in 2000, only 7% of all high school graduates in Dominica had access to the college. It meant that 92% of all high school graduates never made it beyond high school in Dominica. How could you develop a country without trained and skilled people? We had to educate our masses and today we have set the platform at the State College with the construction of the facilities at Stockfarm to allow for 100%; today it is 87%. To the 13%, you need to get the minimum requirements to get into the college because there’s a space for you at the State college.”

Agriculture has also been receiving focused attention from the DLP Government.

We have invested more in agriculture than any Government in this country. When we decided to construct a coffee plant, the Opposition laughed at us; we were ridiculed in Parliament. [They said] ‘We have no coffee, why do we need a coffee plant?’”

Hon Skerrit went on, “France and Switzerland have no cocoa trees but they sell chocolates to us. We have rehabilitated several hundreds of acres of coffee in Dominica and we have planted several thousand cocoa seedlings with a view to supplying the coffee plant with domestically grown coffee and we have already secured the markets in the ALBA countries.”

Based on the 2014/2015 National Budget, the DLP Government clearly has planned even more positive changes for the economic expansion of this island. 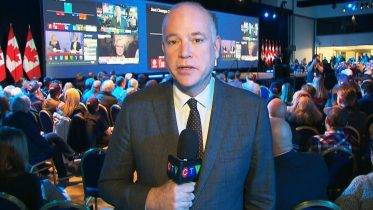 Professor suspected in grisly death of former student in Russia

Sen. Warren: ‘Mitch McConnell Should Not Be There To Block Our Democracy’ | The Last Word | MSNBC