Coronavirus crisis: You know it’s bad when President Donald Trump is canceling campaign rallies. The massive gatherings of loyal devotees are events he feeds off and are central to his re-election strategy: Whip up the base to make sure they vote and get as much free media attention as possible while doing it.

Sen. Bernie Sanders, I-Vt., takes a similar approach to rallying the masses, even turning his large crowds into rock concerts to jack up the energy and attract new eyeballs. He purports to be leading a revolution, after all, so he needs to use the power of his personality and bully pulpit to realize that.

Sanders purports to be leading a revolution, after all, so he needs to use the power of his personality and bully pulpit to realize that.

Which means that both Trump and Sanders stand to lose much more by the coronavirus shutting down large public campaign activities than their shared opponent, Joe Biden. The former vice president is more comfortable with a teleprompter than speaking extemporaneously; his trademark is an avuncular one-on-one connection with voters rather than issuing a rabble-rousing call to arms in a cavernous arena.

Biden, my pick for president for what it’s worth, exudes an almost Bill Clinton-style, feel-your-pain warmth that’s expressed best in smaller gatherings where he gets to engage voters one question at a time, town hall meeting-like. And as it happens, a retooled version of that Clinton-era campaign style is exactly what I expect to see re-emerge during the coronavirus crisis — it’s certainly what I would advise the candidates to do, and do now.

I figure I have some standing to make this evaluation because I like to think Jeff Eller, Clinton’s political communications director in 1992, and I single-handedly remade the modern town hall meeting (OK, maybe with the help of Clinton himself). And before that, I was an advance guy — that person who precedes the politician to help arrange the logistics of events — for such losing presidential candidates as Michael Dukakis, Walter Mondale and Gary Hart, among many others.

In ’92, Eller and I tried something innovative: We placed Clinton in the middle of a tiered “bowl” of voters, often in a TV studio, and the candidate — not on a stage out front nor on a tall platform — would walk around and take questions from the audience, ignoring where the TV cameras and other audience members were located to give his undivided attention to the only person he was answering.

It was an extremely effective way of connecting with voters, and his then-competitor President George H.W. Bush, God bless his soul, couldn’t do it. Trump can’t do it. And I’m not sure Sanders, for all his rhetorical talent, can do it. But I believe Biden can because you can just tell he relates to people. He wants to talk to them.

In the coronavirus incarnation of virtual town halls, such as the one Biden is holding Friday, you personally may not get to ask the candidate a question like those seemingly spoiled voters in the first voting states of Iowa and New Hampshire. But you may well get to feel as though the candidate is answering a question as if you had asked it.

When it comes to stump speeches and other similar campaign events, the candidates are going to have to shrink the size of their venues and of their live audiences — maybe to as far down as zero — and start bringing their events directly to the voters without waiting for the networks or other media to package their events for them as news. It really is the start of Trump TV, if you will. And Biden TV.

Sanders TV has actually already been going on for some time now, so he does have the benefit of some experience in this department. When Bernie spoke to several thousand supporters in a park in Queens, New York, after suffering a heart attack this fall, he also streamed the event on Facebook and had 600,000 people follow along live. In subsequent days and weeks, about half a million more people watched that one video.

For months now, Sanders has had not one but two campaign videographers traveling full time with him. Such a thing was previously unheard of. It’s expensive, but Trump and Biden need to do the same and, like, now.

Biden and Sanders have also held staged addresses on the coronavirus that put them in the role of the president talking to the American people at a time of crisis. This has resonance because of the fear and the anxiety people are feeling — and the contrast such a presidential delivery has with that of Trump. But Biden gets more mileage from this opportunity being more at ease and experienced in a formal setting than Sanders.

Instead of livestreaming a rally of thousands, they should be flying to one target swing state after another and holding small, old-fashioned parlor meetings in living rooms. Will the networks follow? I’ll say, um, yes. They did when Eller and I started down this road almost 30 years ago in small TV studio after small TV studio. Before we knew it, all kinds of stations and even cable networks wanted it live.

Then once a day or more, the candidates should also conduct a series of five-minute, one-on-one interviews with local TV stations in equally important target media markets elsewhere. However many the candidate can tolerate, even 10 per hour. If you do a different media market with every interview, you can fly to three markets in a day and satellite one-on-one into a dozen or more. Every day. Since 1992, I’ve been involved in maybe a thousand of these.

The lesson of all this is the same as it was with the reinvention of the TV town hall meeting in 1992. You don’t have to touch all these voters personally anymore a la Iowa or New Hampshire or even the impressive selfie lines of Sen. Elizabeth Warren, D-Mass.: You only have to give them the feeling that you truly touched people just like them.

Steve Rabinowitz is the president of Bluelight Strategies, a Washington public affairs firm, and a former staff member of nine U.S. presidential campaigns.

Trump agrees to budget deal, but GOP is split on it

Be the first to comment on "Coronavirus cancels campaign rallies in blow to Trump and Sanders. Biden, not so much." 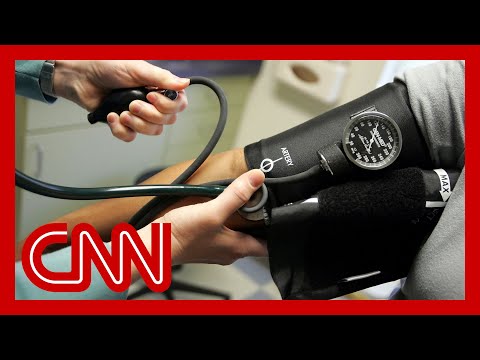 Dr. Rangan Chatterjee discusses strategies for reducing stress and how they have helped his patients. #CNN #News

David Chalian: This number may send chill down spine of Trump’s campaign

Bullock: Elected Reps Waste Half Their Time Campaigning When They Could Be Effecting Change | MSNBC