BRIDGETOWN, Barbados (26 July, 2010) –   The Caribbean goes to Canada this October, taking along its vibrancy, diversity and energy.

The Caribbean Tourism Organization (CTO) – an international agency responsible for the development of the region’s tourism sector – takes the true spirit of the Caribbean to Canada’s two largest cities, Toronto and Montreal, during Caribbean Week in Canada.

From October 21 – 29, the over 4.5 million people in these two leading economic, entertainment and cultural centres of Canada will get the opportunity to experience the colours, sounds, culture, food, rum, music and all the attributes that make the region special and attractive, and the world’s most desirable holiday destination.

“The Caribbean continues to have very strong appeal for Canadian visitors,” said Sylma Brown-Bramble, the CTO’s director of marketing for the Americas, “and Caribbean Week in Canada is to remind the millions of people in these two important markets why the Caribbean is so special to them.”

The experience begins in Montreal on 21 October with Media Marketplace – where leading journalists and travel writers interact with top tourism officials from the Caribbean – and a media awards luncheon during which the CTO will reward some of the best writers for their compelling stories about the region. The Caribbean will also be prominent at the SITV travel trade show in Montreal, with the CTO, working with the National Tourist Offices (NTOs), coordinating a Caribbean pavilion.

From 26 to 29 October, CTO celebrates the best the Caribbean has to offer as a warm-weather holiday paradise in Toronto with the highly anticipated Rum & Rhythm – a taste of award-winning Caribbean rums and traditional Caribbean cuisine featuring rum-infused delicacies – as well as Media Marketplace and a media awards luncheon.

Caribbean Week in Canada is organised by CTO, along with the NTOs, with support from Toronto Action Programme, Caribbean Tales, Caribana and the Council of Caribbean Associations, Canada. The events serve to provide a taste of the Caribbean to inspire travel to the Caribbean and showcase the region’s diversity.

For more information on Caribbean Week in Canada visit www.caribbeanweek.ca 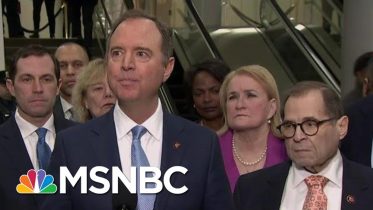 Adam Schiff: Senate Will ‘Give No Refuge’ To Witnesses Who Claim Executive Privilege | MSNBC

Rep. Adam Schiff, D-Calif., spoke in favor of calling additional witnesses in the Senate impeachment trial and claiming they could not claim executive privilege…