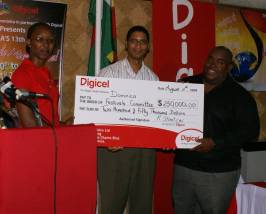 “The WCMF is not just a festival for us in Dominica…. It is a meeting point; an event of significant cultural and tourism value; it is our way of showcasing the unique Creole heritage and culture of the millions of people of the Creole world… in the music, the cuisine, the language and the various strands of this cultural diversity which is best mirrored at the more than one month of exciting activities during the month of October.

“The 13th edition of this magical event is about to be fully launched with the greatest hope for an entertaining yet successful display of the very best of our creative and artistic genius. This will be reflected in the celebrations of Dominica’s 31st anniversary of independence and the various activities that will highlight the country’s continued march towards greater self-reliance and cultural freedom. It will bring to the fore that sense of national pride, symbolizing the strides we have made towards developing a national cultural identity.”

The 13th edition of Dominica’s Annual World Creole Music Festival is expected to match and possibly even surpass the dizzy heights reached in  previous years judging from the artistes selected to perform at the  October 30th to November 1st 2009 event.

The line-up released for the “Three Nights of Pulsating Rhythms” will include:

Addresses at the Media Launch also came from Chairman of the Discover Dominica Authority,        Mr. Benoit Bardouille, Chairman of the Dominica Festivals Committee and Director of Tourism,      Mr. Colin Piper and Events Director of the DFC, Mr. Valentine Cuffy. Remarks were also delivered by Ms. Nathalie Walsh, Marketing Manager of Digicel as well as associate sponsors.

The Government of Dominica makes a substantial contribution every year both in cash and in kind to ensure the continued success of the World Creole Music Festival. Digicel is again the headline sponsor for this year’s festival.

The World Creole Music Festival was created in 1997 as a means of boosting tourist arrivals to the island during the important independence celebrations and to increase revenue from stay-over visitors coming to the island for the celebrations.

The festival was conceived out of the need to provide a platform for Dominican musicians and musical expressions as well as to expose the island’s culture to a more diversified world audience. It was also meant to build solidarity and collaboration between Dominican artistes, music producers and intellectuals and others in the creole speaking countries of Guadeloupe, Martinique and St; Lucia as well as from Francophone Africa, Louisiana, Haiti, Seychelles and other parts of the world.

Office of the Prime Minister 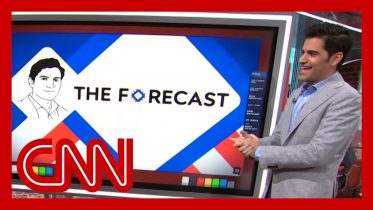 Which 2020 candidate is leading in electability?

CNN's Harry Enten reports on the latest polling data on the 2020 Democratic presidential candidates ahead of the third Democratic debate. #CNN #News

William Ruckelshaus, The Man Who Defied Nixon, Dies At 87 | The 11th Hour | MSNBC