The United Workers Party once again calls on Mr. Roosevelt Skerrit to release the necessary funds to the Electoral Commission so that the decision of the Commission to clean the voter’s list and provide ID cards can be implemented without further delay.

It is alarming and highly unacceptable that as recently as three months ago, officially released in the Minutes of the last Parliament, Mr. Skerrit, in response to a question in Parliament from Senator Ezekiel Bazil,  stubbornly, dismissively and with no explanation, informed Parliament that no money had been allocated or disbursed for the purpose of Voter ID cards.

Dominicans would recall that calls for electoral reform have been issued in public and in Parliament. Such calls have been echoed in national news headlines consistently since 2005. Such calls have been made in Chief Elections Officer’s Reports, by International Observer Missions, and by all Opposition Parties.

Against the background of a $27million allocation for a non-essential, now notorious ‘State Palace’, the refusal to provide the funds for electoral reform is high handed, mischievous and dictatorial.

True to his declared hostility to Dominica’s Constitution, Mr. Skerrit continues to undermine and control the Electoral Commission.  The UWP notes that one of the members of the Commission is Mr. Alick Lawrence, who seems to have been nominated to the Commission by Mr. Skerrit, with instructions from his (Mr. Lawrence’s) political associates, Anthony Astaphan and Hartley Henry, that all attempts to introduce electoral reform should be frustrated, undermined and prevented.

It is clear from e-mail correspondence that has been in the public domain for weeks now that Mr. Lawrence is in breach of his obligation to treat matters of the Commission with a high level of confidentiality and not allow himself to be under the direction and control of persons outside the membership of the Commission.   We call on Mr. Lawrence, therefore, to apply the advice he gave to Sir Brian Alleyne to himself in the interest of ensuring the integrity of the Electoral Commission.

Over the last three months the United Workers Party has been trying to arrange a meeting with the Electoral Commission to discuss the matter of electoral reform – with no success. We have once again requested a meeting with the Commission for Wednesday 16th March at 10.00. a.m.  So far there has not been an acknowledgement of our letter.

The United Workers Party is determined to engage in all appropriate action to highlight and protest against the continued attack by Mr. Skerrit and his associates on the democratic rights of the people of the Commonwealth of Dominica.

Aware that Dominicans are fed up with the delays, the inaction, the blockages, and fed up with the dishonesty and deceit, the UWP will persist in all its efforts towards strengthening our democracy.

> I am due to attend my first Commission meeting on Tuesday at 9 am,

> although due to a mediation at 10 am I am only able to spend 1 hour there.

> decision to introduce a new voter registration system before the next

> election.  I have serious reservations about this and would like to

> have a chat with you both about it.  I would prefer not to do so via email.

> Tony – I understand that such a new system was introduced in St Kitts, St

> Lucia and possibly St Vincent.   Can you get me for tomorrow info on how

> long the implementation process took in those islands.

Please do not drift too far. Tried calling you again today and just cannot get through.

I spoke to Kondwani this morning. There is madness going on at the Commission. You need to call in Richard and Kondwani. I leave today. These guys are talking about reforms to include ID cards and COMPLETE REREGISTRATION! Such reforms will undermine your reelection legacy as the opposition will say look, the Commission agreed with us; reform was required because of wide spread fraud!!!!!!!!!! 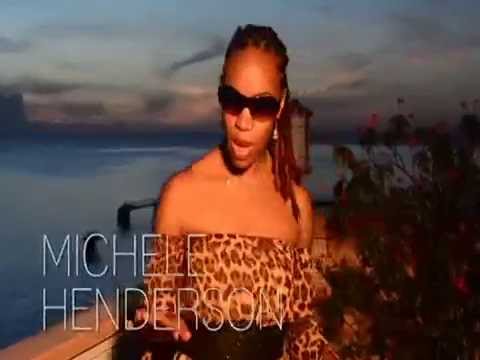 Chris Hayes Podcast With Stacey Abrams | Why Is This Happening? – Ep 45 | MSNBC