Police in Dominica say they are looking into the disappearance of two men who were allegedly kidnapped last weekend.

More than six days after Dion Hakim Alfred 19 and Leon Dopee Joseph 28, both of Stock Farm were seen been forced into a vehicle at gunpoint, no trace of the two have been found.

According to eyewitness accounts, the two men were forcibly taken off the streets sometime during the evening of Saturday March 10, 2012 and have not been heard or seen since.

There are reports that the two may be victims of vigilante justice. Unconfirmed reports say that Alfred and Joseph may have been involved in an earlier home robbery and that the people whose homes were vandalized may be responsible for the kidnapping and disappearance.

Police say they have recovered the vehicle believed used in the abductions and have already questioned a few persons who may be involved, but no arrests have been made.

Other unconfirmed reports out of Dominica say that two of the key persons involved in the abductions may have already left the island to return to Guadeloupe.

The mother of Alfred told a local radio station that she was informed that her son was stabbed and that Joseph was shot to death. Police however could not confirm the reports and continue to search for the two. 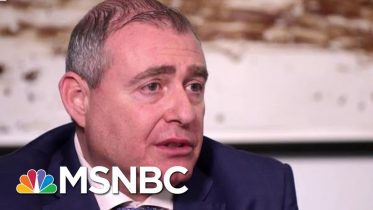 Lev Parnas, an associate of Trump attorney Rudy Giuliani, talks with Rachel Maddow in an exclusive interview about his interactions with Rep. Devin Nunes…