How can anyone have confidence in a Caribbean Court of Justice in light of
what is presently happening in our courts these days? The entire justice
system is manipulated by crooked and corrupt politicians who control Judges,
Magistrates, Lawyers, Attorneys General, Senior Police Officers, Religious,
Financial and other Institutions, Government Departments and Agencies. The Courts appear to be no longer concerned in the production of evidence to
determine the truth, but entertain trickery, technicalities and delaying
strategies all intended to waste time and obfuscate the truth. How can a
Court deliberate for two days and has not reached a decision and does not
know when it will reconvene, on whether to admit evidence which will bring
out the truth and expedite judgment in a matter which everyone, including
the Court, claims to want closure to in the quickest possible time and has
been dragging for 15 months?

The constitution of our country, the supreme law of the land, is ridiculed
by all and sundry and no longer matters as the disciples of Skerritt can use
it when it suits them and disregard and laugh at it when it does not. One
gets the distinct impression that they decide the outcome of* *every case
which involves Government, friends of Government and critics of Government.

There appears to be some doubt as to whether the dual citizen case is civil
or* *criminal.* *The general rules of evidence are the same in criminal as
in civil proceedings: that which may be received in one may be received in
the other and that which may be rejected in one may be rejected in the other
.It must be borne in mind that the degree of proof is not the same in civil
as in criminal cases. A preponderance of probability is enough in a civil
case, but in a criminal case the evidence must prove* *the charge with
certainty*, *that is, beyond reasonable doubt.

The word evidence, considered in relation to law, includes all the legal
means, exclusive of mere argument, which tend to prove or disprove any
matter of fact, the truth of which is submitted to judicial investigation.
If documents are in dispute, as in this case  passports and signed
affidavits, the primary evidence must be the documents themselves. What is
the problem in producing them if we are looking for the truth? If Mr.
Skerritt has certain privileges under the law which allows him to refuse to
produce the document and he is using that privilege then he is guilty of
hiding behind privileges and technicalities to suppress evidence and avoid
the truth.

Mr. Skerritt has to be honest with the people, something he is incapable of
.He is riding on a wave of popularity, so why should he bother about
integrity, good governance, transparency, principle, standards and all the
values we are taught to uphold in our churches and schools? Ask our
religious leaders who condone and support Skerritt and pray for him to
continue for another fifty years and label those who speak out against
corruption as agitators and demons ,even from the pulpit.

The Attorney General has intervened in an attempt to prevent the documents
held by the Electoral Office to be used as evidence. The AG is supposed to
protect the interest of the people. The people want the truth and the
constitution allows the Chief Elections Officer to submit the documents to
the Court in the event of a petition, if the Court so instructs. But the
Attorney General is protecting Roosevelt Skerritt’s interest and not that of
the people by defying the constitution and suppressing evidence. But it is
OK because the disciples are in control and they can do as they please and
it is nobody’s business. .At every turn, people in high places are obsessed
in protecting Skerritt, even the Courts are prohibited from serving him by
an officer of the law. How ironic.

Anything goes in Court these days. A Magistrate claims to have been misled
and misinformed by lawyers, the consequences of which proved
disasterous,nothing was done ,life goes on ,business as usual. A High Court
Judge decides that one has to be qualified in a particular field to accuse
someone of wrong doing in that field.. What garbage! All you need is a basic
knowledge.  You do not have to seek expert advice and you do not have to be
qualified in that field. If you are that’s fine, if you choose to seek
advice, fine.  If this were the case then all Judges would have to be
qualified in all fields as they decide who is right or wrong on matters
involving all fields. No wonder they take so long to arrive at a decision;
they have to get a degree on the subject first

Furthermore a Judge should only comment on facts and evidence as presented
in the case and ought not to make general statements ,the proof of which
never surfaced during the case, The Judge criticized all media professionals
based on the evidence of the Lennox Linton case. This is wrong and leads one
to believe that the Judge has a problem with media people, which may have
manifested itself in his judgment.

If it were not for injustice the third class citizens of Dominica – the non
Skerritt supporters would have no justice at all. 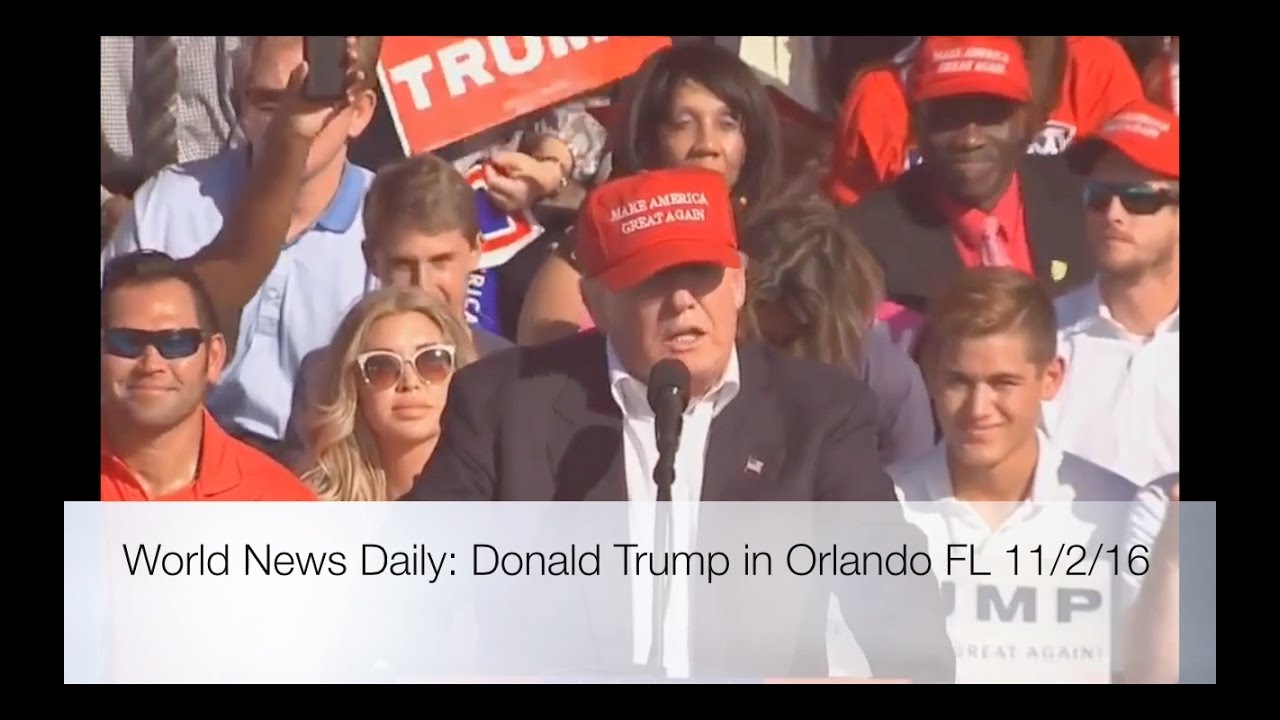 Donald Trump Speech 11/2/16: Crooked Hillary is Screwed! Donald Trump talks about the massive corruption and the FBI finding 650,000 new emails that will…

Prince Harry and Meghan stepping back from royal family roles