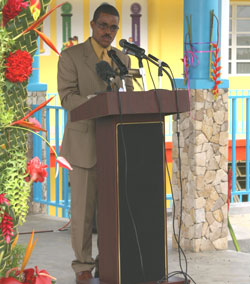 Roseau, Dominica– June 11, 2010……… Minister for Education and Human Resource Development, Hon. Petter St. Jean has spoken with conviction about the state of Dominica’s education system by stating that “The fundamentals of the Dominica education system are sound”.

The Minister made that statement at yet another opening of a Primary School- this time in St. Cyr in the Carib Territory on Monday, May 31st 2010.

The Minister acknowledged that Dominica at this time faces two new major challenges. One challenge is excellence in public education and the other is increased access to tertiary education.

“Excellence in public education for all and access to tertiary education for all are linked not so much in the logic of science but in the purpose behind our efforts as a country, that is, out of poverty and into economic prosperity. They are linked because of the role they play in taking Dominica where we want to go. Without going back on our commitment to ensuring universal access to secondary school, we must tackle the goal of universal excellence in public education and the goal of universal access to higher education as if our future depended on it. Because, in truth and in fact, our future as a society in the global economy depends on it, ”The Education Minister stated.

In his address the Minister reiterated the commitment given by the Prime Minister many years ago “Of having a university graduate in every household”.

“We know that by empowering households through education, families can climb out of poverty on their own, “Hon. St. Jean said.

After the achievement of the USE in 2005, the Government set its sights on the attainment of Universal Tertiary Education. Since the establishment of the Dominica State College in 2002, enrolment has more than quadrupled to over 2400 students. Funds have been secured for the construction of a new Dominica State College which has stated its intention to become a university offering full bachelor’s degrees in a few years.

The Labour Party Government has invested heavily in the education system in Dominica. The records will show that spending on education was not reduced even during the period of fiscal stabilisation and adjustment in the period 2002-2006.

Four hundred and twelve students (412) are currently pursuing degrees at regional and international institutions, having been awarded scholarships by the Government of Dominica. In addition to this, Government is providing financial support to another four hundred and twenty-eight (428) Dominican students studying at various universities throughout the world.

Be the first to comment on "The fundamentals of the Dominica Education System are sound says Education Minister St. Jean" 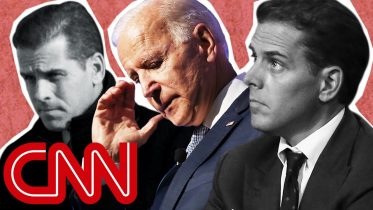 Is Hunter Biden a problem for Joe Biden?

President Donald Trump’s desire for foreign governments to investigate former Vice President Joe Biden and his son, Hunter, has become the basis of the…

Over $700k for Road Work in Canefield

How a one-term pledge could sink Joe Biden