Military Police Blockade of Courthouse for Trial of PM’s Lawyer

The United Workers Party calls on Mr. Roosevelt Skerrit to explain to our Dominican people:

1.      What is the real reason why seventeen military police were assigned to the Court on Monday 6th Dec.? And, also to explain

2.     Why his Lawyer Steven Isidore, accused of theft of over $6. Million was not arrested by the Police, as is the practice in much lesser thefts?

Stranger things may have happened in our Justice system in Dominica before, but nobody can remember when . . . seventeen S S U Policemen in full military gear surrounded, blockaded and threatened the Court House as was the case in Roseau yesterday in broad daylight.    Dominicans there were frightened, worried and concerned.

So why were they there yesterday, causing consternation, fear and suspicion?

It turns out Mr. Steven Isodore,  Mr Skerrit’s Lawyer, was due at Court, at the same time to have 42 Charges of False Accounting, Theft and  Obtaining Property by Deception read to him.

Failing to get a clear explanation from Mr. Skerrit for this heavy Military blockade of the courthouse, we may well be forced to conclude, that Dominica is seeing an unprecedented attack on our Justice system where intimidation, muscle flexing and armed gun agents are used by the Ruling DLP as they seek through force to influence and determine Court decisions in their favour.

Another very strange, and very dangerous threat to our democracy. 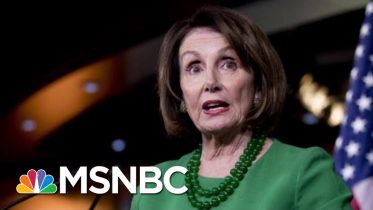 As we wait to see whether an important witness in the impeachment inquiry will show up to testify this morning, Chris Jansing is joined…