Prime Minister Skerrit announces changes to his Cabinet with

Miss Williams is now the third female in the Cabinet of Prime Minister, Hon. Roosevelt Skerrit. Hon. Loreen Bannis-Roberts, the Minister for Community Development, Culture, Gender Affairs and Information and Attorney General, Hon. Francine Baron Royer are the other female members of Cabinet.

At the Parade of Uniformed Groups on November 3rd 2008, Miss Sonia Williams was conferred with the Meritorious Service Award by the President of Dominica, Dr. Nicholas Liverpool, DAH, OCC.

Miss Williams has made an outstanding contribution to Dominica in the fields of Education and Social Work for over forty (40) years. She has also served  as a member of various organizations including the Government Housing Loans Board, Dominica Public Service Union, Dominica Co-operative Societies League and Roseau Co-operative Credit Union. 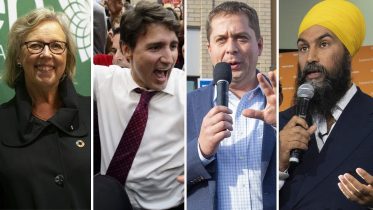 Democrats use Trump’s own words against him at impeachment trial

Johnson: Can’t Do Anything About Medicare For All Without Plan For Courts | The 11th Hour | MSNBC