A 68-year-old man died while on a snorkeling excursion in the eastern Caribbean island of Dominica while traveling aboard Royal Caribbean’s Vision of the Seas.

Police are investigating the exact cause of death, but Jim Caves of Riverside, California on a cruise aboard Vision of the Seas while it was docked in Dominica.  According to reports, Caves complained of feeling sick following a snorkeling at a local beach with his family members.

Caves was taken to a local hospital where he died. 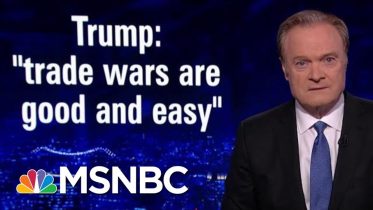 Economist: If Trump Keeps Escalating Trade War, We Will Have A Recession | The Last Word | MSNBC

Austan Goolsbee tells Lawrence that the U.S. economy is likely to slip into a recession if Trump keeps up his trade war with China….

President Donald Trump impeached by US House on 2 charges