Rastafari In Inity (RII) is proud to announce the historical partnership between Rastafari Rootzfest™ (RII) and High Times® to produce the first Ganja Festival in Negril, Jamaica, the ‘Capital of Casual’ to be staged November 12-15, 2015. The goal of this project is to produce a comprehensive, educational and well-organized Rastafari event that celebrates Rastafari ideology, livity and culture, tells the story of Rastafari struggle for the legalization of ganja, and celebrates the decriminalization of ganja in Jamaica. Rastafari Rootzfest™ is also conceptualized as an Annual Ganja Festival, Consumer Expo, Trade Show and Competition.

The amendments to Jamaica’s Dangerous Drugs Act became law April 15, 2015. These amendments put in law Rastafari sacramental and religious rights as well as the staging of exempt event where ganja can be present. Thus, it has set the stage for the production of the first international wellness festival which celebrates Jamaica’s indigenous peoples and their cultural heritage, inclusive of educational seminars, commerce, art and music.

During the Rastafari Rootzfest™, RII will host High Times® World Cannabis Cup®, which is an internationally renowned competition to select the best cannabis strains. It will be the first time that this competition is held in Jamaica. In partnering with High Times Magazine/Trans High Corp, RII aims to encourage innovation and the application of science and technology within the cannabis industry in Jamaica by and for he benefit of Rastafari and grassroots communities.

Rick Cusick, High Times Associate publisher, said “We are very excited to finally get a good close look at the many varieties of Jamaican ganja from all over the island so we can pass the results along to our readers and to the world”. The High Times Jamaican Cannabis Cup competition will only be open to Jamaican ganja grown exclusively by Jamaican farmers. The unique judging panels will include traditional Rastafarian experts as well as professional High Times connoisseurs.

About Rastafari In Inity Ltd.:

Rastafari In Inity Limited (RII) is a limited liability company established with a mandate to use non-exploitative business strategies to build a Rastafari friendly and grassroots oriented enterprise that is transparent, accountable and respected in the global cannabis industry. RII collaborates with like-minded groups in the Rastafari, grassroots, and business community, to unlock economic opportunities from which we give back for the social and economic development of Rastafari and grassroots communities.

About High Times®:
High Times, founded in 1974 by Tom Forçade, is a New York-based monthly magazine. The publication is devoted to, and advocates the legalization of cannabis. The magazine boosts a growing circulation, audited by ABC, reaching 500,000 copies an issue, which rivals Rolling Stone and National Lampoon magazines. Earmarked by high-quality photography, High Times features cutting-edge journalism and covers a wide slate of topics which includes: music, film, politics and other topics.

Fwd: Rastafari InInity/RootzFest, a leader in the Ganja Knowledgeindustry in Jamaica 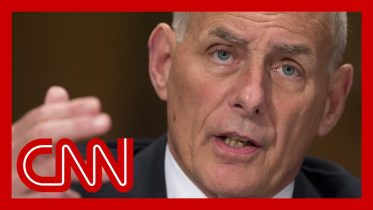 Panelist bursts into laughter at idea of Trump apologizing