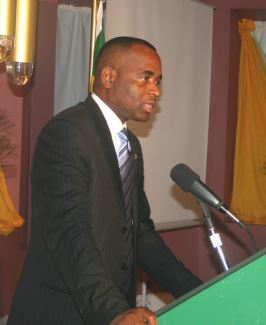 Roseau, Dominica – April 29, 2008……. In his address at the launching of the year-long programme of public dialogue on the OECS Economic Union, Prime Minister, Hon. Roosevelt Skerrit explained the objective for the creation of an Economic Union among OECS member states as well as some of the provisions contained in the draft treaty.

According to the Dominican leader, the main objective of the Economic Union is to create a Single Economic and Financial Space comprising participating Member States and by so doing promote their greater growth and development.

The establishment of this Single Economic and Financial Space requires the free movement of labour, the free circulation of goods, the right of establishment and freedom to trade in services to be guaranteed to the nationals of the participating states.

The Prime Minister then outlined some of the provisions of the revised Treaty:

·        Provides for the abolition of discrimination based on nationality between workers of member states as regards employment , remuneration and conditions of work and employment

·        For the first time, Heads of Government of the OECS (OECS Authority) will have the power to enact legislation within the legislative competence of the organization. This means that the Parliament of the various countries will, by delegating authority, make provisions for this to be achieved

·        OECS Secretariat will become OECS Commission. The Commission will comprise the Director General of the OECS and one Commissioner of Ambassadorial rank named by each member state

Following the launching of the year long programme of public dialogue and consultation in Dominica last week, it is now expected that the dialogue will continue in Dominica and other member states of the OECS on the draft treaty over the course of the next twelve months.

The Prime Minister has said on a number of occasions that the Treaty on Economic Union is not yet complete and it is the citizens of the sub-region who will decide the destiny of  the OECS through their input  on the draft treaty over the next twelve months.

“As the public dialogue proceeds, details of these proposals will be further explained and opportunities will be provided for clarification and for your contribution to this exciting exercise in social, economic and political engineering. At all times keep in mind that is you the people who have the final say as to how we move on and how fast we move.” 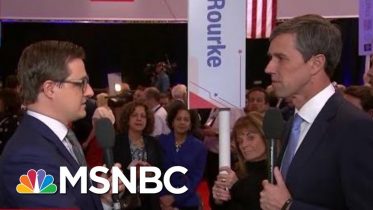 Beto O’Rourke On Pete Buttigieg: ‘I Question His Political Courage’ | All In | MSNBC

Beto O'Rourke joins Chris Hayes from the spin room to talk about his debate performance. O'Rourke discusses how he faced off against Pete Buttigieg…