Roseau, Dominica – August 25, 2009……… At the 2009 Orientation ceremony of the Dominica State College on Monday, Prime Minister Hon. Roosevelt Skerrit confirmed that the Government of China has agreed to provide a concessionary loan of EC$35 million to Dominica to finance the construction of a state-of-the-art Dominica State College.

The Dominican leader also used the opportunity to chronicle the evolution of the Dominica State College from its inception when the Dominica State College was established in 2002 with an enrolment of just over 250 students to well over 2400 students in 2009. Hon. Skerrit emphasised that the College was established “at the height of the austerity programme of the Government”, a clear indication of Government’s commitment to the College.

The Prime Minister recalled the negative criticisms about the College and some who felt “it was not the right thing to do, it was a waste of time and it won’t achieve anything…”

The Prime Minister referred to the days he was a lecturer at the Clifton Dupigny Community College in the late 1990’s- a time when some students had to be turned away, not because they did not have the grades, but because there was a limit on the number of students that could be taken in a given year.

“And when I became the Minister for Education, I decided that should be one the main objectives of the Government… to address the issue of access to higher education in Dominica,” the Prime Minister said.

Prior to the establishment of the Dominica State College, only 7% of students graduating at secondary schools had access to College. “No country in the world, rich or poor can develop if only 7% of our students who graduate from High School have access to the State College. I feel very comforted to know that the College will be enrolling this semester some 700 young Dominicans, who will have access to a college education,” Prime Minister Skerrit stated.

In his remarks, the Prime Minister also thanked all those persons who have contributed enormously to the DSC over the years and singled out for special praise, Dr. Helen Francis, Mr. Zachariah Pollock and Dr. Hilroy Thomas.

The Prime Minister also announced Government’s contribution of $200,000 towards a fund to assist staff at the College to further their studies. 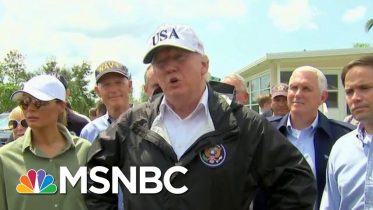 President Trump announced that he’d canceled his Poland trip to monitor Hurricane Dorian, saying that it was important for him to be there for…