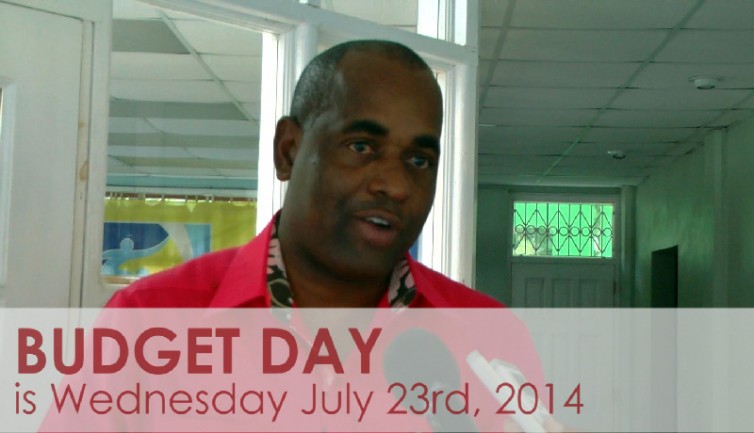 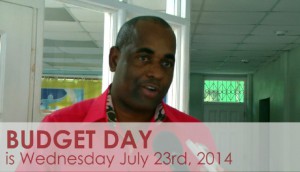 The budget will be delivered on July 23rd from 10:00 a.m. at the House of Assembly. As I said some time ago the Budget is being prepared at a time when every country in the world is having its own challenges, Dominica included. We have not escaped the fiscal and economic challenges confronting the entire world. We have seen our revenue dropped, we have seen the increase demands on Government for various interventions and we have maintained our social safety nets, we have not interrupted any of our social safety nets and we continue to implement a number of very important projects.

Now, within the region you hear of Governments cutting salaries. In St. Lucia there is a fiscal gap, the Government has indicated that it has to close its fiscal gap; the route they are taking to close the fiscal gap is reducing on the wage bill. The wage bill is always the largest chunk of the recurrent expenditure of all governments. You have seen in Barbados the termination of a number of public employees; Grenada has to go through an IMF programme. So all of us are having our challenges in various forms so the budget is being prepared in that context and there is always a case and justification for either increasing existing taxation or introducing new tax measures. What we have done over the years is to try to minimize the impact on the tax paying public in respect to a number of capital projects. When you look at the West Coast road and a number of projects that have been financed by way of grants, if you had to contract loans to implement these projects it would mean that your debt servicing would increase and, therefore, you would need to find additional funds to service those debts. Where do you find additional funds? From taxpayers and so forth and if the taxpayers are saying to you that they are not in a position to pay more can you really tax them more.

This is the point I have also made in respect to salary increases. There is nothing wrong in the unions making a request for salary increases but the question is are we the Dominican people prepared to pay more to underwrite the increase in salaries at this time. At the end of the day people believe that it is Roosevelt Skerrit they are asking for money; I am just the custodian of the people’s resources. So it is not asking Roosevelt Skerrit for the resources, you are asking the people of Dominica and the people of Dominica can give only what the people of Dominica can afford. So we have to look at it in this context but we also look at it in the global context and the realities of the situation.

So the Budget is being prepared taking all of these things into consideration. Also in our consultation with the Dominican public and various stakeholders there are some measures which we will present to the Parliament when we meet next week which I am sure the population will receive with a great welcome.

Question: As it relates to the Value Added Tax, we have heard the Dominica Hotel and Tourism Association issue a call for a reduction of some sort, is that something the Government is willing to look at?

One of things I have always stated is that the VAT replaced a number of taxes in the country and that while we want to be responsive to the requests of various stakeholders, the Government must take every request and consider the whole before we take a decision. We cannot take a decision without looking at the whole impact on the entire country. There may be one or two of the requests the DHTA have asked for which we can consider in the upcoming Budget. Of course, we will continue to review the legislation but I can say now one or two of the requests from the DHTA will be taken on board and reference will be made to that in the Budget Address delivered by myself as Minister for Finance. However, we must always take things in consideration of the whole because when you make a cut, if somebody makes a request and you take a decision to remove a particular tax or reduce it, you have to determine how much revenue you will lose by that action. You must not forget also that we have certain core expenditure which cannot be tampered with. So you now have to look at the rest of the budget and see where you are going to make some cuts to make up for that money you will be losing.

So there are a lot of nuances and issues that one has to consider before a final determination is made by the Cabinet as to whether we take that measure or this measure or we don’t take any measure at all. You do not want to go and take a decision which might sound politically expedient but which does not augur well for the health of the finances of the country. So people who come and say, well, we will reduce VAT or we will remove VAT completely or we will abolish income tax, all of these may sound exciting and great but the question is what do you replace them with because you are going to be losing a significant amount of revenue. What are you replacing them with?

So putting a budget together is not dissimilar to you putting your own budget at home. You have your mortgage, you have your car loan to pay, you have your children’s school fees to pay, these are costs which you cannot defer. You cannot say to the bank call you back and say, well, look can I start paying you next year and so on or call the school Principal and say I cannot pay my children’s school fees. These days the school will hold your child’s report card. So these are things that you must meet. Now, you have to look at other issues you can leave out. If you were drinking a carton of beer for the month you have to drink one beer now. So things where you can cut that are not necessary you can cut them but things where you have fixed cost, we have fixed cost for salaries; we have to maintain the hospital and provide medication, pharmaceuticals to the hospital; we have to maintain the roads; we have to service our debt. These are things we cannot defer; we cannot say next year we will do this or in the next two years we will do this. When the loans have matured you have to start paying and if you do not pay you are in default; if you are in default it is bad reflection on the whole economy and investors who believe that the Government defaults on its loans will not want to come and do business in the country and people will not want to lend you money because you have defaulted.

Another thing we have to take into consideration because some people have said that no country, no bank can seize Dominica so people who have been here before the Workers Party believe that you can borrow money and don’t pay because nobody can seize Dominica. You are in a monetary union and bad fiscal policies in one country can affect the entire monetary union; it can have an impact on the dollar and when it has an impact on the way that we conduct our business in the region it will have an impact on foreign investment, it will have an impact on existing investments in the country. So there are a number of implications if bad decisions are taken or if decisions are taken for pure partisan, political benefit of the party in office.

Question: We have seen the gas prices escalating, it is approaching $16.00 a gallon, any efforts from Government maybe to subsidize gas to some sort?

Prime Minister: That is the challenge we have. We import fuel and with all the problems in the Middle East that these people are creating in Iraq and Syria and all these places, these people use this as an opportunity to increase the price of petroleum products. Now, the landed price in Dominica is what we have to deal with because you only have $3.00 on a gallon of gas and $2.40 or thereabout on a gallon of diesel that is all the Government makes. The Government does not go home with the $17.00 or $16.00 you pay per gallon, this is not the case; people think that the $16.00 goes to the Government, only $3.00 on gas and $2.40 or thereabout on diesel goes to the Treasury. We have removed completely the excise tax on cooking gas so nobody pays any tax whatsoever, custom service charge, nothing at all on cooking gas and I believe we had removed the custom service charge on other petroleum products, diesel and gasoline.

It is something that we have looked at, it is something that we have discussed but it is not something I believe at this time the country can afford. I believe that there are other areas where we can give relief that might be more beneficial to the Dominican people because if we go and cut this $3.00 to $1.00 it is going to have an impact on the fiscal situation and how do we address that particular situation. So we have been discussing it at length and this is why we took a decision some years ago to remove the excise tax on all cooking gas and to remove the customs service charge on diesel and gasoline. But it is a real challenge because even for Government itself, Government is one of the largest consumers of petroleum products. I mean all the vehicles we have out there, have to be moving across the country you see it impacting on the cost of Government doing business because we are not exempted from any of the taxes that you the citizens have to pay; the Government pays all its VAT, the Government pays excise tax on vehicles, everything.

So it is something we have been discussing, there are different sides of the issue that we are still discussing, the discussion will continue, and if possible if we can give some relief we will look at it because it is a very concerning thing for us as a Government. 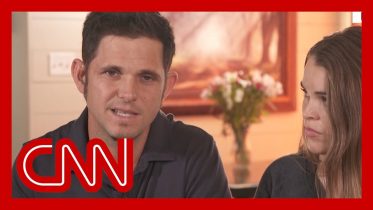 When his family was attacked, boy walked 14 miles for help