KINGSTON, Jamaica, Friday May 20, 2011 – Police yesterday released the names of the 12 most wanted sex offenders as it also revealed that sexual predators were increasingly using social networking sites like Facebook and Twitter to lure victims.

Head of the Criminal Investigation Branch, Assistant Commissioner Ealan Powell, says although there’s been a marginal decrease in sexual offences since the start of the year, the practice of predators using the Internet is a major cause of concern.

“The worrying trend is that a lot of youngsters are meeting people on Facebook and are making dates and at these dates they are getting rape and these are young, vulnerable girls and even boys,” he said at a press conference yesterday.

Deputy Superintendent of Police Gloria Davis Simpson, who’s in charge of the Centre for Investigation of Sexual Offences and Child Abuse (CISOCA), also expressed concern that females responding to advertisements in the daily newspapers were being targeted.

She also disclosed that there has been an increase in the buggery of young boys.

“These young children are targeted sometimes by family members…This is becoming a worrying sign for us as we have seen an increase where the cases of incest have been reported,” she said.

Simpson further indicated that men in the 30 to 40 age group were targeting girls ages 13 to 15, while men 60 years and up were targeting the 11 to 13 year-old girls. In terms of carnal abuse, the senior officer said girls up to 10 years old became the victims of teenage boys.

“It is important that we pay particular attention to the age group which we find to be the most vulnerable and since the beginning of 2011 we would have observed that [those in] the age group 11-15 years have been the main victims in most of these sexual offences,” Deputy Superintendent Simpson said.

Yesterday was the second time in three years that the police have released such a list. 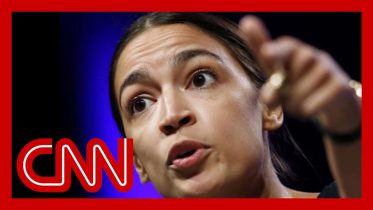 Ocasio-Cortez’s fiery response on where she ‘comes from’

US fails first election test of 2020