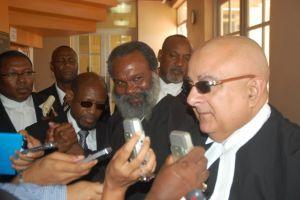 Saying “justice had been served,” Prime Minister Douglas said he knew all along that “my former Attorney General Dr. Dennis Merchant had been pushed through very difficult circumstances.”

“It is really a pity that the opposition at that time, used in my opinion, a situation to condemn my former Attorney General, basically humiliating him and I really think that he deserves an apology, not only from the People’s Action Movement (PAM) Leader (Mr. Lindsay Grant), but also from the Leader of the Opposition, Hon. Mark Brantley,” said Prime Minister Douglas when he arrived at the Lee Llewellyn Moore Judicial and Legal Services Complex after the verdicts were delivered.

“I think that the former Attorney General has been vindicated. It is really a pity that the country had to go through these agonising months for him to be vindicated,” said Prime Minister Douglas.

He said the Appeal Court rulings concretise the confidence of the people of St. Kitts and Nevis in re-electing his St. Kitts-Nevis Labour Party for a fourth consecutive term on January 25th 2010 “after all that had transpired in the High Court in St. Kitts and Nevis.”

He said having listened to the Appeal Court judgments, it is clear that there was no basis for the allegation of contempt.

“Secondly, the judges seem to be very clear in their minds as well that the (High Court) Injunction, which formed the basis for all of this mayhem, was extraordinarily vague, did not apply to the Parliament (St. Kitts and Nevis National Assembly) and did not go beyond the submission of the Constituency Boundary Report to His Excellency the Governor General,” said Mr. Astaphan.

He said this was “a very significant ruling and we have to look closely at the language of the judgements, because I think that is what the Court said and I would read it again to be definitive.”

Senior Counsel Astaphan joined Prime Minister Douglas in calling on PAM Leader Mr. Lindsay Grant and Hon. Mark Brantley of the Concerned Citizens Movement (CCM) “and all of those who were part of a political lynch mob for the immediate resignation of Dr. Merchant.”

“They need to hang their heads in shame, retract their demands for his resignation and immediately apologise publicly not only to Dr. Merchant, but for misleading the people of St. Kitts and Nevis about what actually transpired. I think more importantly is the complete vindication was that the judges were very clear that there was no basis for contempt,” said Mr. Astaphan.

He said the Prime Minister, the Attorney General and the Government will be looking at the implications of the judgements “in so far as whether or not, it went beyond the submission of the Constituency Boundaries Commission Report.

“Bear this in mind that the actual submission or the laying of the Report in the Parliament came afterwards and the clear impression that I got from the judgements that the (Injunction) Order of the Court (Justice Frances Belle) did not apply to the proceedings of the Parliament.”’

“There were even people today, seeking to publish absolute nonsense and hogwash on the internet about the (St. Kitts-Nevis Labour Party) Government violating the law. If I am correct in my understanding of the judgement, there is or was no basis for any suggestion that the Prime Minister violated any Order of the High Court in laying the Constituency Boundaries Commission Report in the Parliament,” said Mr. Astaphan.

“We will be looking at this. We will be discussing it again with the Hon. Prime Minister and the Attorney General and of that is our understanding of the Judgement, we will another public statement very soon.”

Be the first to comment on "PM, Senior Counsel call on Grant, Brantley to apologise" 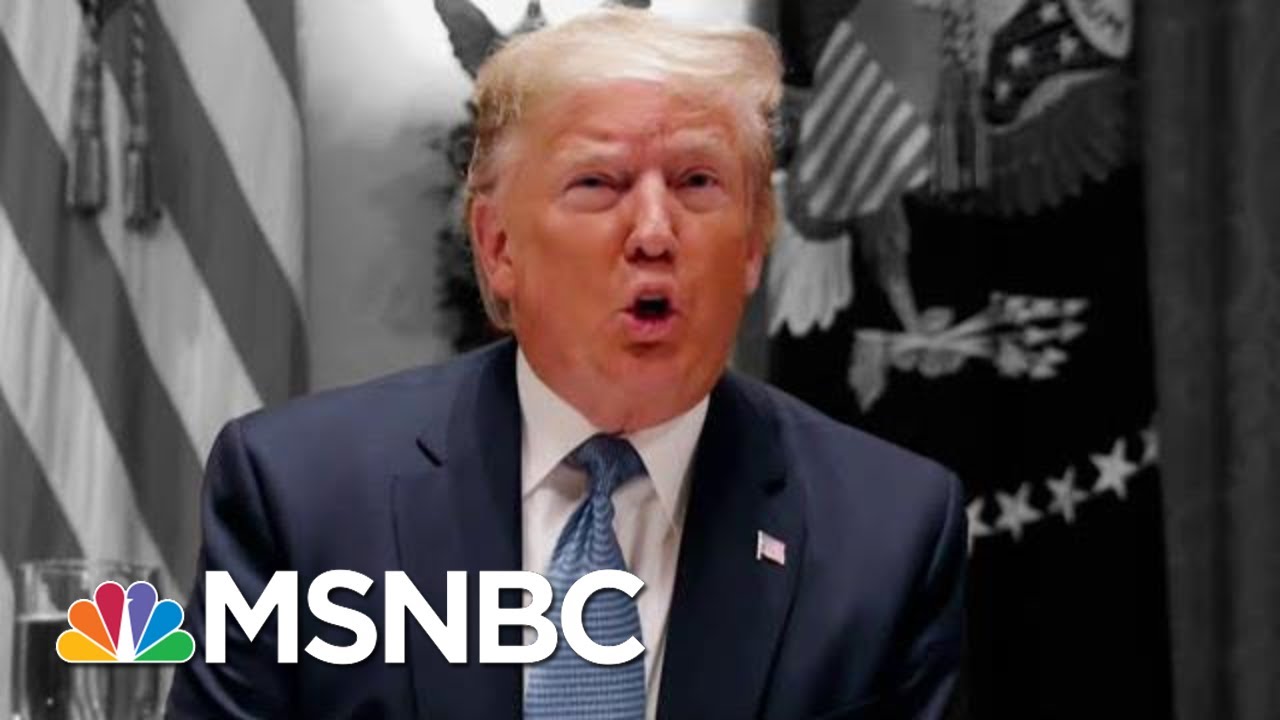 Could we see more from the Mueller report during the Trump impeachment investigation? Garrett Haake explains how it could happen. Aired on 12/5/19. »…

Michael Moore: The Worst Could Happen In 2020 | Morning Joe | MSNBC