January 27, 2010: Kingston (Panos) – At least one church leader in Jamaica is protesting aspects of CNN’s coverage of earthquake ravaged Haiti.

Reverend Garnet Roper, head of The Portmore Missionary Church in St. Catherine and former radio talk show host appealed to his congregation to publicly register their displeasure with CNN’s extensive coverage of those who died in last Tuesday’s earthquake on the international media houses’ website.

“It is disturbing for those images to be constantly bombarding us!” Reverend Roper said at the beginning of a special ceremony to mark Portmore Missionary Preparatory School’s 34th year. The school is a private primary educational facility operated by the church. “I don’t know how many of you can watch it for more than 10 minutes. But I have to turn if off after a few minutes.”

His comments received nods and murmurs of acknowledgement from members of the congregation.
“Go on their website! That same website that they are asking people to register missing relatives and let them know how you feel,” he continued. “It is cruel and robs those people of the final dignity that should be accorded in death.”

Reverend Roper now heads the Jamaica Theological Seminary – which has locations in Kingston and Mandeville. The facility trains Pastors for the Evangelical and Pentecostal churches in Jamaica and the Caribbean including Haiti. It also trains Guidance Counselors and Social Workers.  Reverend Roper is one of the pioneers of the talk show programme phenomena in the island. The noted Jamaican media personality is also the Chairman and a columnist of The Sunday Herald – a weekly independent newspaper.

On Tuesday, January 12, 2010, at about 5pm, Haiti was struck by a massive earthquake registering  7.9 on the Richter scale. The quake was followed by several massive aftershocks, some registering up to 5.9.  The most recent aftershock which registered 6.1 was felt on January 21st, eight days after last Tuesday’s quake.  Port au Prince, Haiti’s capital, where the epicenter of the last week’s quake was located, suffered the most damage.  The country lost its electricity supply and water and communication was also severely affected. The aftershocks are reported to be terrifying the already traumatized three million residents who camped outdoors in large groups, fearful quake damaged buildings would collapse around them.

Latest figures from the European Union estimates that the quake has killed 200,000 people injured 250,000 and made 1.5 million homeless. But by the fifth day of the disaster, with hundreds of thousands of persons trapped in buildings and emergency rescue efforts hampered by the absence of heavy equipment to lift and clear rubble, the estimated death toll had jumped to above 150,000 with 500,000 still being tabled as the upper death toll ceiling. News media struggling to get an accurate death toll anticipate that a true figure will not emerge as record keeping of death and rescue and missing persons were not put in place in the early days of the recovery efforts.

But even though emergency relief began pouring into Haiti’s damaged airport the day after the quake, badly damaged roads have severely hampered aid efforts and relief supplies stayed at the airport for days as several aid agencies struggled to figure out how to get the supplies to the quake victims. died on Haiti’s streets and sidewalks.
The images of those dead and dying were fed to the world, beginning the day after the quake by CNN, which has been doing extensive coverage of the aftermath of the earthquake.  Mass burials began on day two and by day three it was reported that 70,000 persons had been buried in mass graves while an unknown amount was still scattered around the city. Displaced Haitians shown on television began covering their noses with makeshift masks, in an apparent attempt to mask the smell of death and decay that pervaded.  Reports from CNN a few days later claimed that Haitians were looting stores for toothpaste, not to brush their teeth, but to put under their noses to help mask the smell of death.  Footage of bodies being burnt on sidewalks were also shown, there were also reports of animals eating corpses.

CNN’s television coverage even took viewers to the mass burial sites on the outskirts of the city.
The handling of those who died in the massive earthquake has been a controversial issue, but it has not received any widespread discussion as efforts have been focused on locating and attempting to rescue those trapped in fragile buildings.  In the aftermath of a disaster of such a large scale in a poverty stricken country that had been weakened by several natural disasters in the past few years, the immediate focus was on saving lives, and getting much needed aid such as food, water, clothing and shelter to those ill and injured to prevent more people from dying.

Reverend Roper said it was too much. “Thousands died in 911, yet we never saw those bodies! It’s wrong!  It is cruel and it must stop!” he declared.

Pastor of Fellowship Tabernacle in Kingston and Director for the National Transformation Programme, Reverend Al Miller, has no problem with CNN’s coverage in Haiti.

“I think they are giving us a good feel of some of what is happening.  There is a reasonable amount of sensitivity.  They are really reporting what is happening!” he pointed out. “I don’t think there is an over kill; especially at close up range. What I have been seeing of mass dead are long range shots.”

Reverend Miller admitted that he had only been watching the news on CNN “on and off”:  (intermittently) and that he recalled seeing “one or two” close up shots of dead bodies slip through.
“But overall, I wouldn’t say it is abhorable,” he stated.

However, another church leader, Reverend Omar Morrison, Guidance Counselor at Portmore Missionary Preparatory School, said he is seeing evidence that CNN’s extensive coverage of the quake is having a traumatic effect on the students at that school.

“I too have a personal concern about how the media coverage has impacted children the children here,” he told Panos Caribbean.

Reverend Morrison said two female students: one 11 and the other 12 years old, came to him in separate incidents.
“One was very sad and said she saw the foot of a dead body hanging out of a front end loader that was used to put people in a truck going to a mass grave, while the other one said she watched CNN most of Saturday and was traumatized after watching coverage of an incident where a little girl was rescued from a building but later died,” he said. : The fact that it was constantly repeated all day Saturday affected her more. She said it was repeated over and over throughout the day. I even saw it a few times myself,” Reverend Morrison revealed, admitting that the prolonged, repeated images of death also affects him.

“The impact has been great for the school in general,” he continued.  He said last week the school had coordinated activities to observe Earthquake Awareness Week. However, he said because of the earthquake in Haiti, the activities have been extended an additional week.

“I went to various media houses to get some pictures of the impact of the earthquake in Haiti, a day after it happened, and I was very careful in choosing the photographs. Some of the pictures I saw couldn’t be used because they were too graphic,” he disclosed.

Reverend Morrison counsels the 568 students at the school and he said he uses in class interventions during his scheduled Guidance Counseling class room sessions with the students to address the issue with the aim of lessening the impact to those students who had not come to him for help.

Reverend Miller said Haiti’s experience has lessons for Jamaica and the rest of the world.

“Lessons in preparedness,” he explained. “Preparedness for disasters likes this so that citizens are made aware of the inevitability and probability of such disasters and those citizens who are at risk are trained for hurricanes and earthquakes.”

He said preparation would include putting family structures and systems in place in the event of an emergency or disaster.

“How many families have sat and said if we have a crisis, we should all meet at X point?  What happened in Haiti should serve to drive home the reality of what can happen and how we should be prepared for the reality and of sudden death, which is realty!  Many are not prepared to handle their own death or that of loved ones,” he stated. (End/21/01/10) 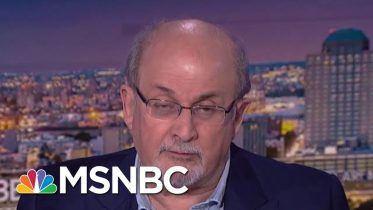 “WHAT OIL AND NATURAL GAS HAVE DONE FOR PETROLEUM EXPORTING COUNTRIES, GEOTHERMAL ENERGY CAN DO FOR