Roseau, Dominica – July 12, 2010……. When Parliament met for the Fourth meeting of the First Session of the Eighth Parliament on Tuesday, May 25th 2010, a number of important pieces of legislation were passed.

The Piracy Act 2010 makes provision for the creation and punishment of piracy under the laws of nations. In the Act, Piracy means any illegal acts of violence or detention, or any act of depredation, committed for private ends by the crew or the passengers of a private ship or a private aircraft. A person who commits piracy is liable on conviction on indictment for a term of 20 years.

The Electronic Evidence Act 2010 is now law. The Act makes provision for the legal recognition of electronic records and to facilitate the admission of such records into evidence in legal proceedings.

Also law is the Public Service (Amendment) Act 2010 following its passage in the House of Assembly on May 25, 2010. Section 3 of the Act states in part: “A public officer appointed in the Public Service on or after the 1st day of March 2005 shall vacate his office when he attains the age of sixty years.”

The Theft (Amendment) Act 2010 was also passed during the last meeting of Parliament. A person who commits an offence under subsection (1) is liable on conviction on indictment to imprisonment for fourteen years.

The loan is for a sum not exceeding Renminbi Two Hundred and Eighty Million Yuan, equivalent to one hundred and ten million, seven hundred and fifty thousand EC dollars (EC$110,750,000). The loan carries an interest rate of 2%. Repayment is over 31 semi-annual instalments with a grace period of five years.

Be the first to comment on "Parliament approves important legislation" 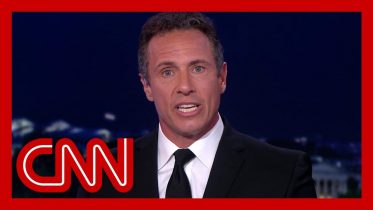 Trump In 2011: A President Could Start A War With Iran For Political Survival | All In | MSNBC

Dahlia Lithwick: ‘Nothing’ AG Barr ‘Won’t Do To Protect’ Trump | The Beat With Ari Melber | MSNBC