Astaphan appeared on the SLP’s Red Zone television programme as well as on radio and other television shows in support of the opposition party.

The ruling United Workers Party (UWP), which is seeking a second consecutive term in office, has criticised Astaphan’s involvement in the campaign, saying he had been engaged by the opposition party “to infect the election campaign with blatant lies calculated to deceive and insult the people of St Lucia”.

It said that the SLP’s “imported attack dog wasted no time to plunge headlong into his campaign to malign, denigrate and destroy, and invented white consultants to run the campaign of the United Workers Party in order to peddle the lie that massa is in charge.”

But Anthony dismissed the criticism telling reporters that Astaphan’s involvement in the politics was part of the process of exchanging people across boundaries.

“Because one citizen of a country is such political dynamite you find fault with him? Come on that can’t be right. So let us not pretend otherwise,” Anthony said, claiming that there were “sinister” players, manoeuvring in the background, “shaping policy and campaigns, melting assaults of various kinds, choreographing what you see taking place before you.

“Perhaps what we should do is to ask those persons, especially those who are so colonially minded, who have not understood that these are independent countries to make their exist out of this country.

Human rights lawyer Martinus Francois has also questioned Astaphan’s involvement in the local politics, adding that it was an affront to hear the senior counsel on the media defending the SLP.

“I know that he had defended them in court and that’s fine, but it is an insult to hear him trying to lecture us on Kenny Anthony and so on, and advocating that we should all vote for him.

“Tell Astaphan that we know more about the Opposition Leader then he does, we have lived under him for several years and so we need no lecture from him, we know all about Kenny and we will judge him at the polls,” Francois said.

The SLP is the ruling party’s main challenge in the general election, even though there are likely to be two other political parties contesting the poll.

In the last general election, the UWP won 10 of the 17 seats for control of the government. 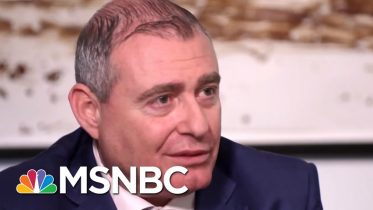 With the Chief Justice looking on, the Senate swears to do 'impartial justice' in the impeachment trial of Pres. Trump as Lev Parnas speaks…

Weld: Trump Is “Listening To His Inner Demons” | MSNBC