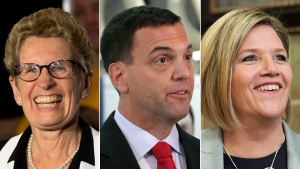 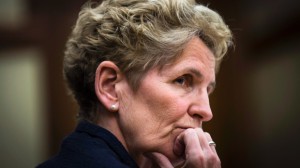 Despite being hounded on both sides by rivals who harped on Liberal government scandals during the longer-than-normal campaign, Liberal Leader Kathleen Wynne has steered her party to a majority and a commanding electoral victory, CBC News is projecting.

With all ridings reporting some results, Liberals were elected or leading in 58 constituencies to 28 for the Progressive Conservatives and 21 for the NDP.

The strong Liberal showing has its roots in the Greater Toronto Area, where eight seats are poised to change hands — seven of those going to the Liberals. Overall, the results mean the Liberals will be even more concentrated in the GTA.

The Liberals also picked up seats from the Tories in the Kitchener-Waterloo area, Barrie and Northumberland, while only poised to lose two: Sudbury and Windsor West.

The outcome was also rosier for the NDP under Leader Andrea Horwath, who was the first of the major party leaders to be declared elected in their home riding tonight. The NDP vote share was at 25 per cent, up from the 23 per cent they achieved in the 2011 campaign.

The NDP vote gains came mostly at the expense of the PCs, with the New Democrats picking up the Tory seat in Oshawa.

The PC share of the popular vote was down 4.5 percentage points from the last election, as the party dropped eight seats to the Liberals. PC Leader Tim Hudak is projected to keep his riding, however.

Wynne herself was re-elected in her home district of Don Valley West.

Be the first to comment on "Ontario election 2014: Liberals re-elected with majority" 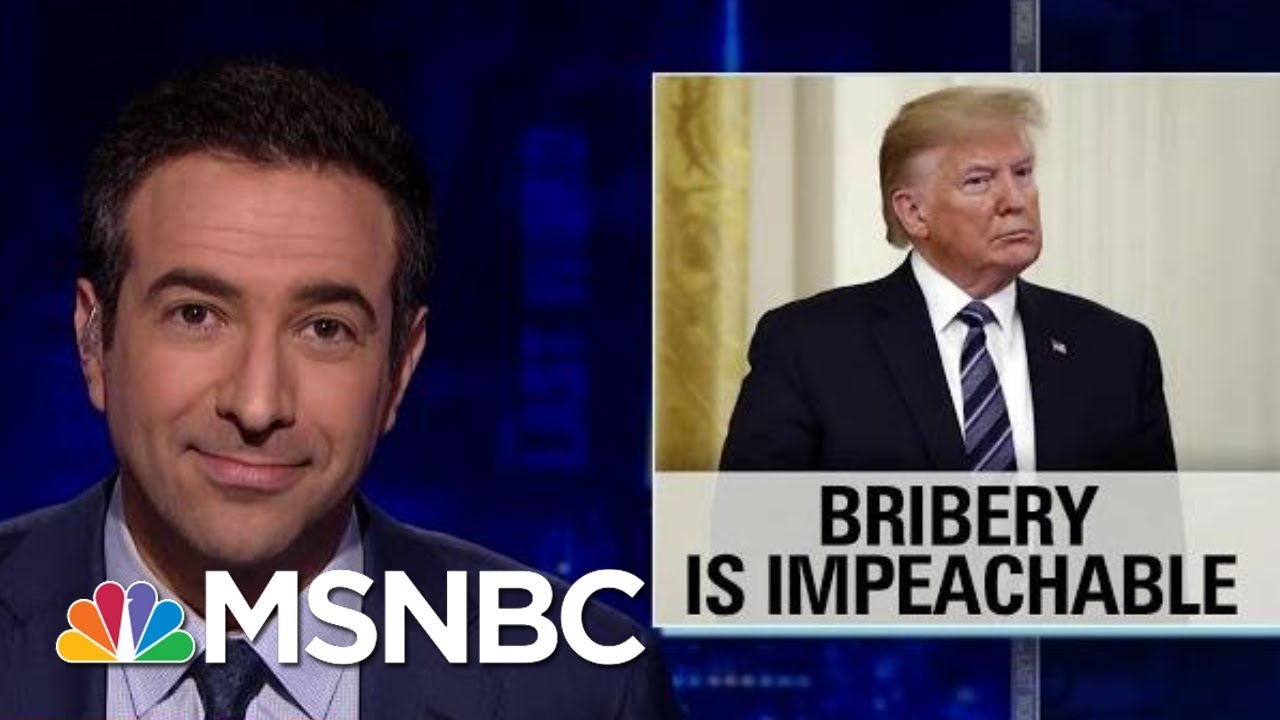 Ari Melber explains how Donald Trump could be impeached for bribery and what to expect in the impeachment inquiry. Glenn Kirschner joins the discussion….

Throne Speech debated in the House of Commons

Police: Suspect in deaths of officers not in house