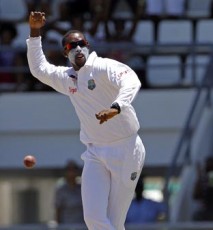 ROSEAU, Dominica (CMC) – Former Windward Islands manager, Tom Lafond, said he is stunned by the omission of off-spinner Shane Shillingford from the West Indies 15-man squad for next month’s tour of Bangladesh, and believes insularity is creeping back into regional selection policy.

West Indies selectors announced the squad last week, with Guyana left-arm spinner Veerasammy Permaul as the only new cap but with Shillingford excluded.

According to the outspoken Lafond, the non-inclusion of Shillingford can not be justified.

“I am definitely very surprised. I am really flabbergasted. I got flabbergasted when I heard the team,” Lafond said.

“I could not believe that the selectors could leave out Shane Shiillingford from a tour of Bangladesh or even Sri Lanka for that matter since that is the kind of bowler that you need on these kinds of wickets.

“To have selected Permaul ahead of Shane to me is a travesty. Additionally, when I look at the team and I see that Kirk Edwards is recalled, it leaves me to believe that we are going back to the days of insularity, and that is one of the concerns that I have.”

The 29-year-old Shillingford has emerged as the regional side’s frontline spinner in recent times, getting ahead of Guyanese leg-spinner Devendra Bishoo and Barbadian left-arm spinner Sulieman Benn in the pecking order.

Following a near two-year hiatus to reorder his bowling action, Shillingford returned to international cricket with success earlier this year against the touring Australians, picking up 14 wickets in two Tests.

This included a 10-wicket match haul before his home crowd in Dominica in the third and final Test, which West Indies lost by 75 runs.

“I can not believe that the selectors would have the nerve in this day and age to leave Shane out of the team after he performed so admirably against the Australians,” Lafond continued.

“Picking up 10 wickets in a match against Australia is a feat in itself. One would like to think that Shane Shillingford would have been on the front burner of West Indies selection and I can not really comprehend why Shane Shillingford was left out of the team for the tour of Bangladesh.”

Lafond, a well respected cricket commentator on the island, believes that insularity is creeping in regional cricket once again.

Shillingford last played for West Indies on the recent wretched tour of England, turning out in the second Test at Nottingham and claiming just one wicket.

He picked up a five-wicket haul in the three-day tour match against the touring New Zealanders back in July, but missed out selection for the series. 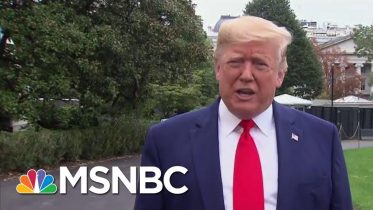 Irv Gotti On Rapper 6ix9ine: Tekashi Will Have A Hit Comeback After Testifying

What You Need To Know: Ari Melber Breaks Down A Wild Day In U.S. Politics | MSNBC

Journey to the Throne 2017 – TERISA LEWIS

One injured as bus comes under fire in Jamaica