ROSEAU, Dominica — The Organization of American States (OAS) on Tuesday donated a firearms marking machine to the government of Dominica to be used by its Ministry of National Security, Immigration and Labour with the objective of combating the illicit trafficking of firearms.

This initiative, which is currently being implemented in various countries of the region, forms part of the efforts outlined by the secretary general of the OAS, José Miguel Insulza, and serves to exemplify the organization as a strategic actor in the fight against crime.

The machine was presented during a ceremony held in the police headquarters in Roseau and was attended by the Minister of National Security, Immigration and Labour, Charles Savarin and other authorities.

The donation — financed by the government of the United States — is part of the program “Promoting Firearms Marking in Latin America and the Caribbean,” following the Inter-American Convention against Illicit Manufacturing of and Trafficking in Firearms, Ammunition, Explosives, and Other Related Materials (CIFTA), and seeks to strengthen national capabilities on matters of firearms marking.

The OAS also provided to the government of Dominica a special computer to facilitate the process of upkeep of data on marked firearms. Also, the OAS Department of Public Security will hold a training workshop on the use of firearms marking equipment with ten officials from the Dominica police.

Among the OAS’s principal goals is the strengthening of national capabilities of the member states to respond, in an effective and efficient way, to the growing levels of crime and violence caused by the illicit trafficking in firearms. In this sense, the OAS cooperates with the countries of the region with the objective that, in the shortest time possible, all the member states will have established policies, as well as relevant legislation to mark firearms at the time of manufacturing and/or import. 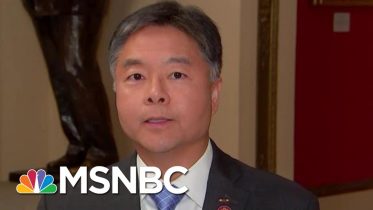 According to Bill Taylor's opening remarks, the release of US military support was contingent on a commitment from Ukraine that they would investigate the…

Adam Schiff Slams Impeachment Rules: ‘This Is The Process For A Rigged Trial’ | MSNBC