PORT OF SPAIN, Trinidad, Jul 28, 2011 (IPS) – As he basks in the congratulatory messages coming from countries near and far, Irwin LaRocque knows the next three years will not be easy for him and the Caribbean regional integration movement.

“You have been an active participant in some of the more recent discussions for the strengthening of the regional integration movement, one of the oldest in the world, and that I am therefore confident that you will bring a new and refreshing perspective on advancing the Caricom integration process in the 21st century,” said the secretary general of the Organization of American States (OAS), José Miguel Insulza, in a congratulatory message.

The Jamaica Observer newspaper noted that despite the inevitable flurry of perfunctory letters of congratulations, LaRocque must be “fully aware that his honeymoon, if it can be called that, will be short lived.

“His first task will be to gain the confidence of the political leadership and senior officials of the region. What nobody has said openly is that in the leadership of the region there is widespread concern ranging from disappointment to resignation,” the paper said in an editorial.

Since 2005, LaRocque has served as the assistant secretary-general for trade and economic integration at the Guyana-based Caricom Secretariat.

“I am humbled and privileged for this opportunity to continue my service to the governments and people of the Caribbean Community,” he said in a brief statement.

Announcing the selection of LaRocque from a field of five candidates, Caricom Chair and St. Kitts and Nevis Prime Minister Dr Denzil Douglas said his colleagues believed that the new man “possesses the requisite skills of visionary leadership, courage and commitment required to guide the Community at this time of change and uncertainty”.

He stressed that the pace at which the region moves forward will be largely determined by the results of a number of studies recently commissioned by the 38-year-old grouping.

“That is why to a large extent we have insisted to the consultants who are doing the review of the Secretariat ‘get your work done as quickly as possible because we are at the point where maybe a crisis is unfolding and we need to be able to stop it in its tracks and move forward with some new vigour, some new action especially on the part of the people of the region,” he told IPS.

LaRocque, a graduate of the New School for Social Research in New York and New York University, majoring in political philosophy, political economics and economics, will have his work cut out for him, particularly a doubting Caribbean population that is starting to refer to Caricom as “Cari-gone”.

“As assistant secretary-general, he has provided strategic leadership for the continuing implementation and further development of the Caricom Single Market and Economy (CSME), as well as the sectoral programmes of the Community including agriculture, services, industry and energy,” the Caricom Secretariat said when announcing his new appointment.

But the former secretary general of the Association of Caribbean States (ACS), Professor Norman Girvan, while welcoming LaRocque’s selection, stressed that LaRocque would need the “full support” of regional leaders as he attempts to steer Caricom over the next three years.

“I know him to be a person of professionalism, integrity and proven commitment to regionalism,” Girvan told IPS, adding “Mr. LaRocque should not be given a basket to carry water.

“If Caricom is to be re-energised and if the implementation deficit is to be addressed, Mr LaRocque will need to have the full support of the heads of government for reform of governance to provide legal teeth to the decisions of Caricom organs and to establish an executive authority to oversee implementation,” he added.

Noted Caribbean political scientist, Professor Neville Duncan, who believes that LaRocque is capable of “doing great things”, has also been critical of regional governments for taking a “very long time” in appointing a new secretary general and failing to outline the terms of reference for the job.

“They can’t expect the new man to come in and define his new role and function. It has to be the Caricom heads who do that kind of thing,” Duncan said, adding “again, true to form, they are slipping up on the job”.

He said the leaders had been trying to get the region excited by the prospects of a rejuvenated Caricom and a reformed Secretariat, but asked “what exactly are they planning to do with that Secretariat and to what use will they put it to ensure quality regional integration?”

“None of that was spoken about and I am very disappointed,” he said.

Duncan said that while many studies on Caricom undertaken by the University of the West Indies were gathering dust somewhere, he expects there will be new initiatives, including how decisions are arrived at during the annual leaders’ summit.

The Caribbean Movement for Civil Empowerment (CMCE), which sent a petition to the regional leaders during their summit in St. Kitts earlier this year, said that while the people of the Caribbean view integration as crucial for the region’s survival and development, there is a strong sense that the process of integration is in decline and is in need of renewed leadership.

It wants the new secretary general “to lead a complete overhaul of both the governance structures and the orientation of the Caricom Secretariat, giving it the legal space to become an implementation institution”.

LaRocque has promised that his tenure would be used to deepen the integration process, since “the future of the region lies with integration”.

“In this world it is very difficult to go it alone, and the more the region can do together to serve the development and to face the onslaught from the larger world, I think the imperative must be addressed,” LaRocque told the state-owned Dominica Broadcasting Service (DBS) radio. 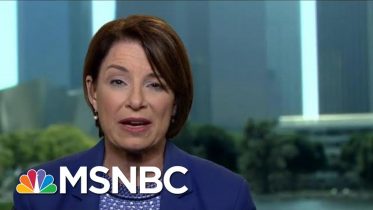 On Questioning Giuliani, Klobuchar Says She Would ‘Love To Ask Him Questions’ | MTP Daily | MSNBC