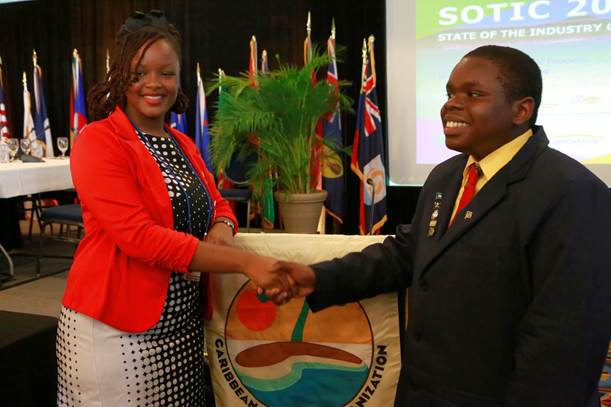 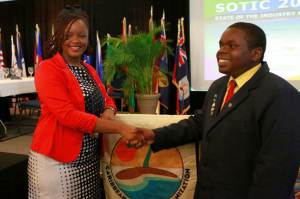 (BRIDGETOWN, Barbados) 22 September 2014 – The title of Caribbean Tourism Youth Congress Winner has been retained by Nevis for the second consecutive year.

Rol-J Williams, a 14-year-old student of Gingerland Secondary School, outshone 10 other competing Junior Ministers/ Commissioners of Tourism from around the Caribbean to emerge victorious during the Caribbean Tourism Organization (CTO)’s  State of the Industry Conference (SOTIC) 2014, in St. Thomas, US Virgin Islands.

Williams quoted Shakespeare to sum up his feelings on being announced the winner.  “Wisely and slow; they stumble that run fast.”  He described the gruelling practice sessions he imposed upon himself to prepare for the conference, sometimes until the wee hours of the morning.  During these rehearsals he chided himself for any mistakes he made while practicing his speech, he revealed.

Youth Congress coordinator, Bonita Morgan, who is also the director for resource mobilization and development at the CTO stated, “This programme is one pillar of the CTO’s sustainable tourism strategy in engaging with Caribbean youth to stimulate their thinking regarding tourism issues and trends and encouraging their participation in the sector.

“We are equally proud of all 11 Junior Ministers and Commissioners of Tourism who participated and particularly impressed with their varying styles of speech delivery and ideas generated.  The future of tourism is very bright!”

Each participant debated the concepts of accessible tourism or experiential tourism, as well as the mystery topic, which required them to extemporaneously conceive an idea for a local tourism attraction targeting young people.

Outgoing Youth Congress winner, Neila Jones of Nevis, who is studying business and law at the Nevis Sixth Form College, ably chaired the sessions.  She expressed her sincere thanks to the CTO and her local tourism ministry for all of the developmental activities she was able to enjoy during her tenure. 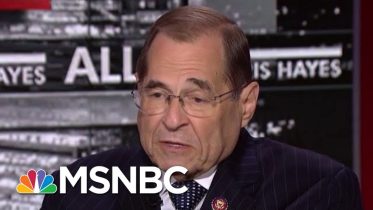