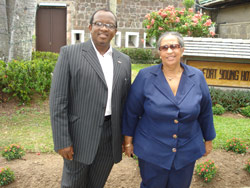 Roseau, Dominica– April 12, 2010…… Hon. Marwick Khumalo, a Member of Parliament of the Kingdom of Swaziland and a member of the Swaziland Branch of the Commonwealth Parliamentary Association (CPA) paid a one- day visit to Dominica last week as part of an effort to explore areas of cooperation and expand dialogue between the African region and the Caribbean region within the CPA.

Shortly before his return to Swaziland, Hon. Khumalo expressed satisfaction with the outcome of his visit: “I came here to establish strong relations and ties between the CPA Swaziland branch and the CPA Dominica branch. Not only that, beyond this, my mission is two fold.  I also came here as an executive committee member (EXCO) for   CPA; to come and consolidate the relations that exist between the Caribbean and the Africa region.  These two regions have a lot in common and on many issues, we usually sing from the same hymn…. on issues that pertain to the CPA in general…..”

The Swaziland M.P also added that in terms of parliamentary practice and procedure, “there is a lot we can learn from Dominica”.

Speaker of the Dominica House of  Assembly and Chairperson of the Dominica branch of the CPA, Hon. Alix Boyd Knights explained that follow-up discussions to the visit by the Swaziland MP, will take place during the  meeting of the Executive Committee of the Commonwealth Parliamentary Association set for  Swaziland in June this year. Hon. Knights will represent Dominica at that meeting.

The Kingdom of Swaziland, a former British protectorate, sandwiched between Mozambique and South Africa, has a population of just over one million people.

Be the first to comment on "M.P from Commonwealth Parliamentary Association Swaziland branch visits Dominica" 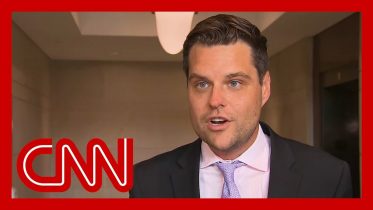 Rep. Matt Gaetz, a Florida Republican on the Judiciary Committee, said he was kicked out of this morning's hearing with Fiona Hill. An official…