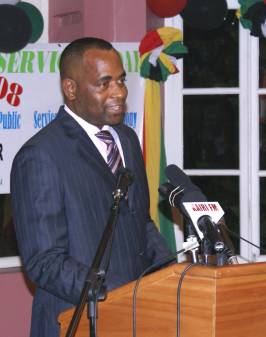 of $3 million for  government employees

Roseau, Dominica – December 22, 2008…….. Yet more evidence has emerged of the strength of the public finances in Dominica. On Friday, December 19, 2008, Government paid salaries to government employees amounting to approximately $12 million. This amount includes retroactive pay (back pay) to public officers of $3 million representing a 1% increase for the financial year, 2007-2008 and a 2% increase for the financial year, 2008/2009.

The fact that Government was able to pay salaries for the month of December as well as retroactive pay at the same time is a demonstration of how far our country has come in the last few years.

The steady improvement in the country’s fiscal position despite the effects of Hurricane Dean and Hurricane Omar has enabled the Government to meet its commitments to government employees on a timely basis over the last few years. The country’s healthy fiscal position has also allowed the Government to service debt and borrow for growth projects as well as pay bills to the business community and public utilities and maintain social services.

The strength of the public finances has allowed the Government to provide relief to various sections of the population in the last two years. Some of the relief measures include:

Ø     From January 1, 2009, the second phase of the income tax reform programme will result in 585 persons no longer paying income tax.

Ø     All pension incomes are now exempt of income tax

In addition to those relief measures, Government has reduced the price of petroleum products in keeping with the fall in the price of oil on the international market.

The price of gasoline, diesel and Liquefied Petroleum Gas are now at their lowest levels in over four years. Government will continue to reduce the cost of petroleum products if the present trend in falling oil prices continues.

The Government of Prime Minister Roosevelt will continue to be guided by fiscal prudence in the management of the country’s resources.

The Government recognises that any weakening of its tight fiscal posture especially in light of the present global financial crisis could easily reverse the gains the country has made in the last few years. 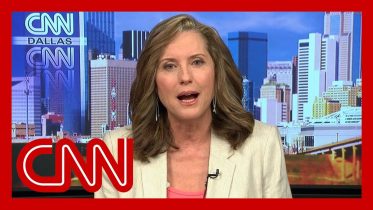 Writer: Shame lingers for loved ones after a suicide

In the wake of the deaths by suicide of two mental health advocates, CNN's Michael Smerconish speaks with Peggy Wehmeyer about living with the…

ADDRESS TO THE NATION BY PRIME MINISTER HON. ROOSEVELT SKERRIT IN MAHAUT ON THURSDAY NOVEMBER 19TH 2