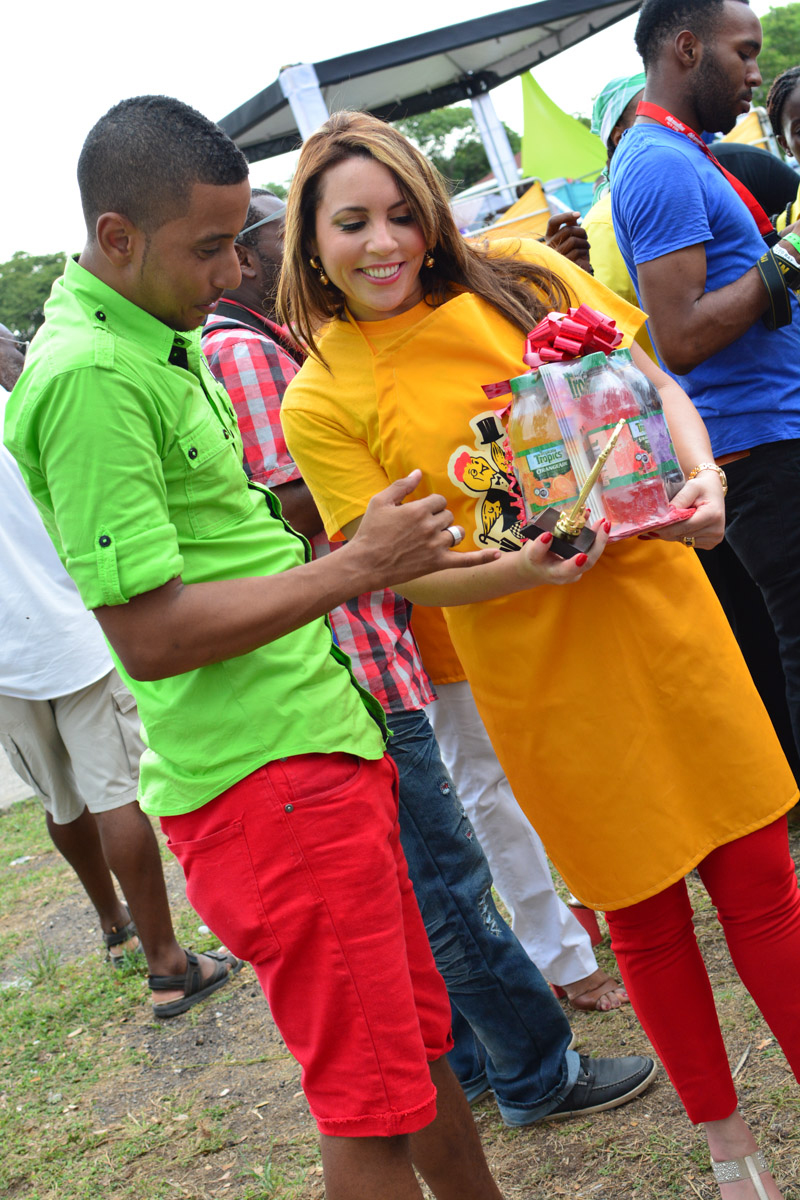 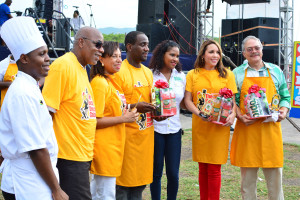 Montego Bay, Jamaica, W. I. (August 10, 2014). The LIME Montego Bay Jerk Festival exceeded expectations of all concerned during its fifth staging at the Catherine Hall Entertainment Centre in St., James on Emancipation Day, August 1, 2014. The Title Sponsor, LIME Jamaica, in particular, provided leverage the Festival needed to extend its reach into new markets, while remaining firmly grounded as a family-centered, culturally aware food and music festival.

Stephen Miller, Sponsorship & Events Manager for LIME Jamaica. In an interview with Lets Do it in the Caribbean News said “the LIME Montego Bay Jerk Festival exceeded his expectations. Preceding the event, he said “the mileage received via Public Relations and Social Media almost matched the value invested dollar for dollar.” He further indicated that the two LIME phone special offers Hauwei Y330 and Alkatel 1041 were well received by the consumers; “the take up was tremendous towards the Android Smartphone, because consumer preference is toward the mobile enabled”. The question remains, will LIME be back as title sponsor next year? Mr Miller answered “LIME will consider sponsorship after due diligence is done. However I see no reason not to be here next year.”

The Festival gates opened at 10:00 am, but patrons did not congregate until around 1:00 pm, which was the time that the affable Lady President, Valerie Dixon, of the United Negril Improvement Association (UNIA) and African Communities League (ACL) brought greetings and a captivating message. Mrs Dixon showed four slides which visually punctuated her message of the vision of Marcus Mosiah Garvey: Taino (barbecoa) Barbecue, Maroon in Ambush, British Red Coat and Military Fatigues (Clothing worn by military personnel for labor or for field duty), a creation of Maroons gifted to the world.  Mrs Dixon said “Our first national hero the Rt. Excellent Marcus Mosiah Garvey was a Maroon and so it is very relevant that we should honour him, as it was the Maroons who learnt how to slow-cook meat from the first Jamaicans, the Tainos. The Maroons made this method of cooking very unique, by marinating the meat in a hot spicy sauce and then covering the meat with aromatic leaves such as pimento. The fire was placed in a pit, as this method of cooking hid the fire from being seen, because the Maroons were at war for 27 years fighting the British army.”

The Maroon Ceremonial opening and Authentic Jerk Demonstration was postponed due to sudden unavailability of Colonel Frank Lumsden, leader of the Charles Town Maroons just before the event.

The LIME Montego Bay Jerk Festival Celebrity Cook-Off followed. It was showcased for the first time in the festival’s history and was coordinated by Sharon Parris-Chambers; Chef Ainsley Lambie, Executive Chef, Coyaba Hotel headed the culinary team. He was assisted by Chef Kavene Williams also of Coyaba Beach Resort and guided by the expertise of Walton Austin of the Culinary Federation of Jamaica.

Executive Chef Ainsley Lambie and Walton Austin created the rules and judged the competitors during the one hour Cook-Off Competition. The event received wide media coverage and proved to be a favourite addition to the Festival. The Celebrity Cook-off was sponsored by Best Dressed Chicken.

Thirty-six year-old Guyanese Shivnarine Chanderpaul is to become a Citizen of Dominica after the Island’s Prime Minister Roosevelt Skerritt made the announcement during yesterday’s play of the first ever Test match to be played in the 290 square mile Island.