I was surprised, but not disappointed, when Jamaica PM Bruce Golding announced his plans not to seek re-election. He did not give the impression of being afraid of his people’s verdict at the polls. He appeared calm and uncomplaining.

Yet, he strikes me as a leader who could face down the roars of opposition voices with openness and resolve. In reciprocity with others, and in an attempt to transcend limits, he says farewell.

Golding stands in contrast to most CARICOM leaders, who act as if they have a divine right to lead. They hold on to power even after the people have rejected them at general elections. In an age of social media where society is increasingly democratized, CARICOM leaders must know when to quit. The recent events in Lydia are a case in point. Paradoxically, with all the sacrifices made to acquire power, power is mesmerizing—when you get it, you want to keep it for life.

Perhaps Golding is a fallen giant who collapsed under weight of his own undoing.   But his early retirement could be seen as a tribute to mature leadership that slows down the   opposition without hurting the Jamaican people.

“The challenges of the last four years have taken their toll and it was appropriate now to make way for new leadership to continue the programmes of economic recovery and transformation while mobilizing the party for victory in the next general elections.” (Caribbean News Now Op Ed Sept 26, 2011).

Taken at face value, these sobering words dramatized the PM’s critical moment. They portrayed him as a thoughtful navigator capable of adjusting to the changing political landscape. As I reflect on the unspoken issues that forced the shift from wanting to retire two years into a second term, to giving up prime ministerial power, I surrendered to speculation.

The pursuit of power contains mixed motives. I know that dismounting from it unleashes even more turbulence. Let me tease out possible causes and practical lessons from Golding’s farewell.

Option One. The PM both perfectly read the affection of his people and deeply discerned their resilient temperament for new wine in new wineskin. He decided that he cannot serve two masters–the people and the position. He bowed to his love for the people over his desire for the position.

Option Two. He considered the facts beyond anecdotes and polls and strategically set the Jamaica Labour Party on the best winning pathway. After he examined the internal processes that play a critical role in shaping eventual outcomes, he resorted to the wisdom of an intelligent and ethical leader.

Option Three. Golding might have surveyed the bruising political reality on the ground that threatens to unravel positive gains. He decided that departure would memorialize his legacy on the one hand, while on the other hand, it may increase his chances to fight another day.

Option Four. The PM accepted the constraints that age, health, emotions, and quality of life issues have on leadership effectiveness. He also believes that democracy is refreshed when new leaders are given leeway to sprout. Consequently, he renewed his vow to put God ahead of country, country before party, and party in front of self.

Option Five. His decision combined two or more of the above options, tied to a host of unknowns, which may be left for the frankness of a vivid prime ministerial autobiography.

Lesson One. In politics, timing is everything. Most leaders have a better grasp of when to enter the scene than leave the place. If leaders hesitate to go because they feel that others are incapable of continuing the dream they worked so hard to execute, they are self -absorbed. But overstaying is a much greater risk. It kills goodwill, stifles internal talent, tarnishes accomplishments, and hinders the growth of the party. In sum, “the fullest of time” is more about establishing an exist strategy than sticking it out.

Lesson Two. Intelligent leaders focus on retirement legacy. Through mastering deliverables, they empower the next generation to reach toward their vision of the possible. Such leaders consciously support subordinates to do greater things that they could ever do in their tenure. They know that success cannot be gained by individual effort alone. Therefore, they reward responsibility and increase talent. The core of their leadership competency is to ensure that their parties thrive after their exodus.

Lesson Three. Transformational leaders create healthy party structures. This is vital for continued success. Golding’s decision to step aside will be punctuated by several possibilities. He is leaving behind a stable culture of innovation and confidence. His departure will create a power struggle vacuum that will haunt the party. The next leader will emerge from a transparent meritocracy or through a set of bureaucratic hurdles.

Lesson Four. Performance, not popularity, should be the judge of leadership tenure. When leaders are self aware, they are motivated by excellence instead of ego. Regardless of Golding’s motives and motivations, some critics may argue that he is too addicted to power to leave without a just cause. Others may claim that the reality facing him was quite surmountable. If Jamaicans are better off now than when he first arrived, and they can imagine the future in the superlative, the PM would have partially fulfilled his mandate.

I am not aware of any scientific polls that showed that Golding would have lost had he chosen to run again. He was the right fit for Jamaica during times of fiscal pressures and social stresses. Some Jamaicans feel he has done the country damage with dark scandals. Others believe he is a miracle worker, given the challenges he faced. Despite divide loyalties, a great CARICOM leader takes nation-building initiatives, and chooses a dignified exist instead of a dishonorable existence.

Dr. Isaac Newton is an International Leadership and Change Management Consultant and Political Adviser. He specializes in Government and Business Relations, and Sustainable Development Projects. Dr. Newton works extensively, in West Africa, the Caribbean and Latin America and is a graduate of Oakwood College, Harvard, Princeton and Columbia. He has published several books on personal development and written many articles on economics, education, leadership, political, social, and faith based issues. 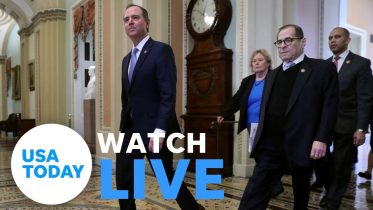