CASTRIES, St Lucia — The government of Saint Lucia has enlisted the help of the Jamaican police to investigate the Royal Saint Lucia Police Force (RSLPF). This comes on the heels of a US withdrawal of security-related assistance to the RSLPF after claims of human rights violations.

Prime Minister Dr Kenny Anthony announced in the House of Assembly on Tuesday that the government has been in touch with the regional authority responsible for crime and it has secured the services of police officers from Jamaica to carry out the investigations.

“In fact, the initial group of officers visited Saint Lucia to get a sense of the terrain and the issues; and they have now asked that the investigating team be strengthened and the team will arrive formally in Saint Lucia on or about November 29,” Anthony said.

Also on Tuesday, The Police Complaints (Amendment) Bill was passed in the House, which allows for a new unit to investigate complaints against police officers.

Anthony noted there have been teething problems with the existing Police Complaints Commission. This amendment hopes to restore the public confidence in the RSLPF’s ability to investigate its own.

The prime minister said, “What is being proposed in this Bill under Clause 3 with the new subsections is that the commissioner of police, after consulting the minister, create a special unit within the police force charged with the responsibility of investigating complaints coming to them, initially of course from the Police Complaints Commission.”

Anthony said the key to the success of the new investigation unit will be fearless and independent leadership.

Meanwhile, the Production Orders Bill was also passed, which now requires the police to seek a search order from a magistrate before entering private or commercial property.

As a result of alleged extra-judicial killings by the RSLPF, the United States recently suspended all security-related assistance to Saint Lucia under what is commonly referred to as the “Leahy Law”, which is named after its principal sponsor, Senator Patrick Leahy of Vermont, and is a US human rights law that prohibits assistance to any unit of the security forces of a foreign country if the Secretary of State has credible information that such unit has committed a gross violation of human rights.

However, the news that Jamaican police officers are to investigate the RSLPF has caused some consternation locally and less than complimentary reactions abroad, given Jamaica’s own serious problems with violent crime, coupled with human rights abuses by police there.

One veteran US law enforcement analyst characterised it as “the fox guarding the hen house.”

Another said, “Saint Lucia has reached rock bottom and now it appears they are starting to dig.”

In Jamaica itself, the situation was likened to “the blind leading the blind.”

A Saint Lucian said, “The Jamaican police, with more trouble of their own, and a questionable reputation regionally and internationally, will only further compromise the public’s lack of trust and confidence in the RSLPF’s ability to solve the numerous crimes and murder cases.”

A local attorney called for an explanation from the prime minister of his “new infatuation with Jamaica” and his reasons for trusting that crime-riddled Jamaica will be able to assist Saint Lucia in any meaningful way.

“It is curious that the prime minister is looking to Jamaica for assistance in solving our crime problem. Why Jamaica? He alone knows. Jamaica is not known to have to have succeeded in reducing its own crime rates and associated social problems. How then can it assist us in Saint Lucia in removing the present scourge? I am convinced that this proposal was not well thought out at all before it escaped the PM’s mouth; or does it not demonstrate a lack of respect for the educated amongst us?” 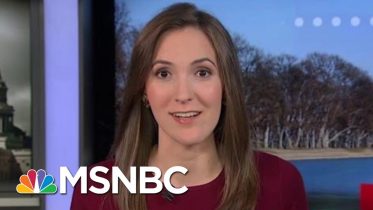 New reporting by The Washington Post reveals that Rudy Giuliani was conducting shadow foreign policy in locations other than Ukraine. The president’s personal lawyer…

Why two of Trump’s top advisers are rarely speaking

Fareed Zakaria: Trump put Iran in a box without any endgame