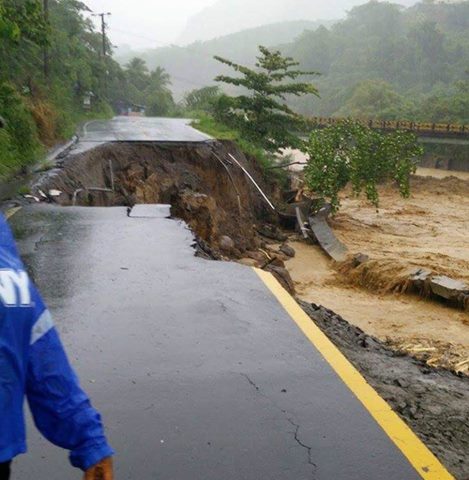 Jamaican PM express sympathy in a condolence message to Dominica 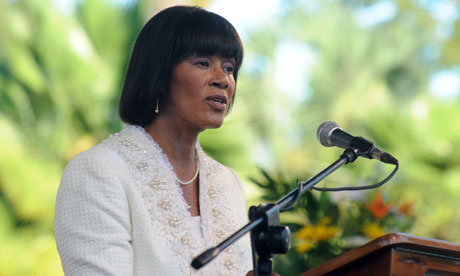 Prime Minister Portia Simpson Miller has expressed deepest sympathy, on behalf of the Government and people of Jamaica, to the government and people of Dominica on the tragic loss of lives, injuries, as well as significant damage to property and public infrastructure throughout the Caribbean Community member State, as a result of the recent torrential rains and high winds associated with Tropical Storm Erika.

“The impact of these heavy rains and flooding once again demonstrates the vulnerability and serious impact of climate change in the Caribbean region,” Prime Minister Simpson Miller said in a condolence message to the Prime Minister of The Commonwealth of Dominica, Roosevelt Skerrit. Simpson Miller also spoke with Skerrit by telephone.

“Jamaica shares the sense of grief arising from the loss of lives, and anxiety for those that are missing in our sister island. Our prayers remain with the bereaved families, and we ask that God grant them strength and resilience as they face these difficult times,” Simpson Miller added.

She assured Skerrit that Jamaica stands in solidarity with the people of Dominica during these challenges, and is ready to assist, in any way possible, with rehabilitation efforts to restore normalcy to the island.

https://www.youtube.com/watch?v=Joeu0RLYt6Y
Rescue teams worked Sunday to reopen roads to remote communities in Dominica after Tropical Storm Erika caused flooding and mudslides that killed at least 20 people and left more than 50 missing on the Caribbean island. 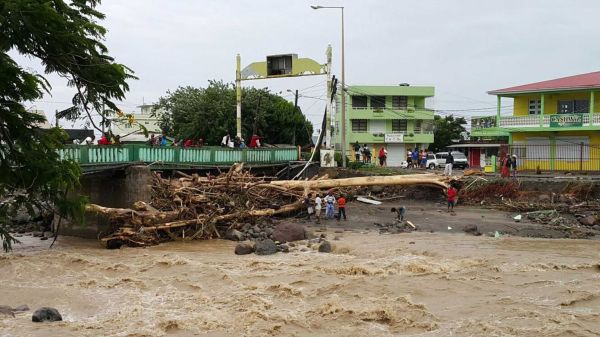 Officials evacuated the first 109 of roughly 1,000 people ordered out of the town of Petite-Savanne because of fears of new landslides, said Don Corritte, director of the office of disaster management. Evacuations were carried out by boat because of damage to roads and bridges.
Prime Minister Roosevelt Skerrit said that all of the residents of the town in the country’s southeast would be evacuated on Monday. He declared disaster status for nine local areas.

Skerrit said that extent of the devastation was “monumental.”

“Access by road to these communities is impossible,” he said. These towns “are cut off from the rest of the country.”

Erika whipped the island for more than five hours on Wednesday, bringing strong winds and intense rain that provoked flooding and landslides. Hundreds of homes were destroyed.

Crews were using heavy equipment sent by the governments of Venezuela, Martinique and Guadalupe. Hundreds of men worked to reopen the country’s main airport, where mud and debris impeded operations, Skerrit said.

Skerrit appealed for international aid and estimated that damage from the storm could set the country’s development back two decades.

ABOARD THE PEACE ARK 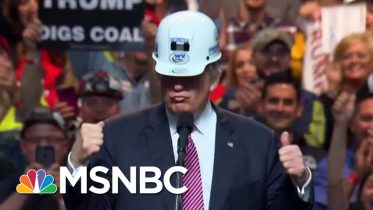 Retired coal miners are seeking better pensions and benefits after President Donald Trump promised to restore the industry, but has yet to help rank-and-file…

CTO declares 2018 the Year of Wellness and Rejuvenation