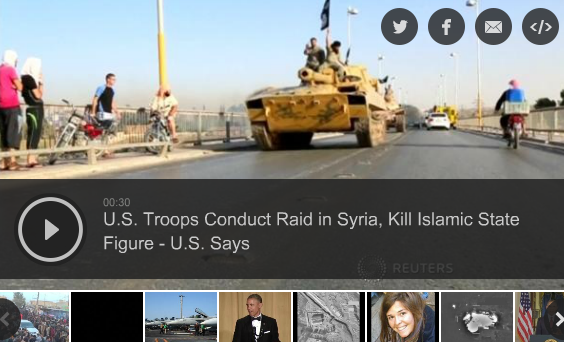 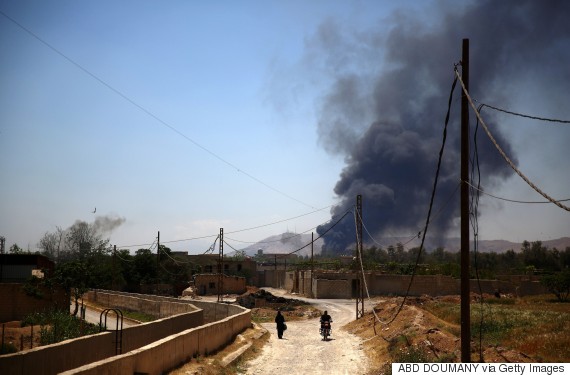 ISIS Commander In Syria Killed —- WASHINGTON/BEIRUT, May 16 (Reuters) – U.S special forces killed a man identified as a senior Islamic State leader during a raid into Syria, U.S. officials said, as the jihadists battled for the Iraqi city of Ramadi and ancient Palmyra in Syria.

The White House said President Barack Obama ordered the raid that killed the Islamic State figure identified as Abu Sayyaf, who helped direct the group’s oil, gas and financial operations. U.S. officials said his wife was captured in the raid.

It is the first declared special forces operation by U.S. forces in Syria since their failed attempt to rescue a number of American hostages held by Islamic State last summer.

The United States is leading a coalition in a military campaign to roll back the jihadist group whose self-declared caliphate in Syria and Iraq has reshaped the region.

In Ramadi, U.S.-led air strikes forced Islamic State to withdraw from a government building over which the group’s black flag had flown on Friday, the mayor and a tribal leader said.

Were it to fall, Ramadi would be the first major city to be won by Islamic State since an effort by Iraqi security forces and paramilitary groups to push it back began last year.

In Syria, fierce battles were was reported near the ancient Palmyra citadel between the army and Islamic State militants. The attack has raised fears the World Heritage site could meet the same fate as Iraqi monuments destroyed by Islamic State.

A group monitoring the conflict said the group had seized northern parts of the city, also known as Tadmur.

While Washington is working closely with Iraq in the fight against Islamic State, it has shunned the idea of cooperating with Syrian President Bashar al-Assad, who it says has lost legitimacy to rule and must leave power.

The United States said it did not warn Assad in advance or coordinate with his officials over the special forces raid.

Conducted by U.S. personnel based out of Iraq, the raid targeted an area called al-Amr in eastern Syria, an Islamic State stronghold that bridges territory the group controls in Syria and Iraq.

“During the course of the operation, Abu Sayyaf was killed when he engaged U.S. forces,” White House National Security Council spokeswoman Bernadette Meehan said. The operation was conducted “with the full consent of Iraqi authorities.”

A U.S. official identified him as a Tunisian.

Assad said in February he had been informed about U.S.-led air strikes against Islamic State in Syria via third parties including Iraq, with which his government has close ties.

A U.S. official said about a dozen fighters were killed in the overnight raid, which appeared to mark a departure from the reliance on air strikes to hit Islamic State in Syria.

Syrian state TV initially credited the Syrian army with the raid, saying it had killed 40 Islamic State militants and the group’s “oil minister,” whom it identified by a different name.

The Syrian Observatory for Human Rights, the UK-based monitoring organization, said at least 19 Islamic State members were killed in an air strike in the area which it said was carried out by U.S. forces ahead of the ground operation.

Twelve of those killed were non-Syrians, it said.

“WHAT IS THE INTERNATIONAL COMMUNITY DOING?” 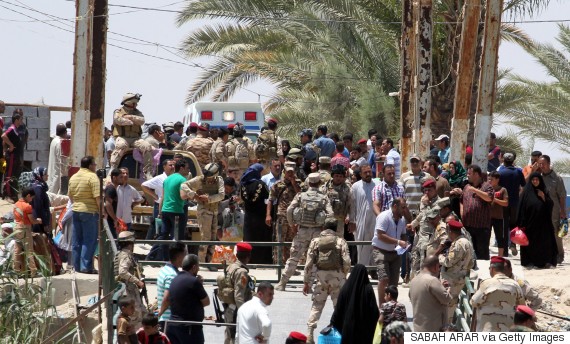 Iraqi security forces stand guard as residents from the city of Ramadi, who fled their homes on May 16, 2015 as Islamic State (IS) group militants tightened their siege on the last government positions in the capital of Anbar province, a day after they seized the city’s government headquarters, wait to cross Bzeibez bridge, on the southwestern frontier of Baghdad with Anbar province, after IS group jihadists took control of all the other routes connecting the province with the Iraqi capital. Taking control of Ramadi would constitute the group’s most important victory this year in Iraq, and would give the jihadists control of the capitals of two of its largest provinces. AFP PHOTO / SABAH ARAR (Photo credit should read SABAH ARAR/AFP/Getty Images)

Islamic State, the most powerful insurgent force in Syria, has in recent months launched frequent attacks on government- and rebel-held areas beyond its strongholds in Deir al-Zor and Raqqa provinces.

Its attack on Palmyra got underway this week. The group has seized positions within 1-2 km (about 1 mile) of the city, also known as Tadmur and home to extensive ruins of one of the most important cultural centers of the ancient world.

The Observatory said on Saturday Islamic State fighters had made further gains in areas around the city. A military source said fighting was ongoing but at “a distance far from the city,” which he said had been secured by army reinforcements.

“We are in the fourth or fifth day (of the attack). What is the international community doing? Is it waiting to weep and despair as it did in northern Iraq?” Syrian government antiquities chief Maamoun Abdulkarim told Reuters.

The Observatory reported Islamic State had seized a gas field east of Palmyra – a report denied by the military source. The source said Islamic State was keeping up its attack on the city but the fighting was at a lower intensity.

The Observatory says Islamic State has carried out two mass executions to the north of Palmyra. On Friday, it killed 23 people including nine minors and five women, it reported.

In Ramadi, 100 km (60 miles) west of Baghdad, Islamic State had left buildings booby trapped or on fire as they were forced to retreat by U.S.-led air strikes, the mayor and the tribal leader said.

An army source said an operations command center was surrounded and being struck by mortars. Security sources said Iraqi security forces defending the city were outnumbered.

A speech was delivered in the name of Islamic State in the city’s main mosque, vowing to punish anyone who was deemed to harm Muslims, witnesses said.

A hospital source said seven members of the armed forces and 10 civilians had been killed since Friday.

Islamic State issued an audio recording on Thursday it said was by its leader, Abu Bakr al-Baghdadi. It was his first message since a number of media reports said he was wounded this year in Iraq. Some said he was no longer running the group and others suggested he was dead. (Additional reporting by Omar Fahmy in Cairo and Baghdad bureau; Editing by Rosalind Russell)

Be the first to comment on "Top ISIS Commander In Syria Killed In U.S. Special-Ops Raid" 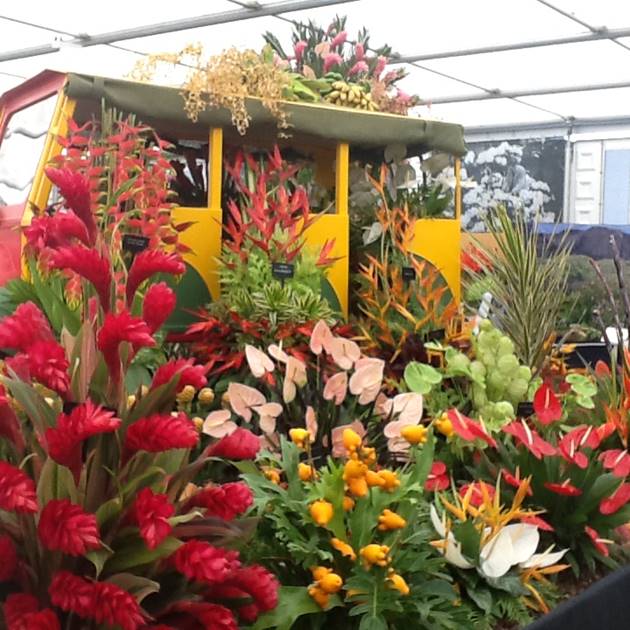