On November 7, 2012, the Executive Board of the International Monetary Fund (IMF) concluded the Article IV consultation with Dominica.1

The economic recovery continues, but is losing momentum. Over the past two years, Dominica’s economy grew at a tepid rate of about 1 percent, supported by a notable fiscal stimulus, and output recovered to its pre-crisis peak. The pace of activity has been decelerating so far this year with weakening external and domestic demand, and staff forecasts growth of about ½ percent of Gross Domestic Product (GDP) in 2012. Weak demand has kept price pressures subdued and, along with a recovery in service receipts, contributed to a significant adjustment in the external current account deficit. While rising world food prices may contribute to a modest pickup in inflation and weigh on the balance of payments in 2012, pressures are expected to subside later next year. Downside risks to the near-term outlook have intensified with heightened global uncertainty and the planned stoppage of flights from the only non-regional carrier servicing the island. Geothermal energy development or the opening of new tourist facilities could strengthen the long-term outlook.

Monetary conditions have not eased meaningfully. With policy and lending rates stable throughout the crisis―as monetary policy in the Eastern Caribbean Currency Union remains fully committed to maintaining the hard peg to the U.S. dollar―Dominica has not benefited from the significantly eased U.S. monetary policy rates. Moreover, the real effective exchange rate has depreciated only moderately, strengthening recently with the appreciation of the U.S. dollar vis-à-vis major currencies. Expansionary fiscal policy has thus been the only tool to support economic activity, but strains on the fiscal position have been mounting with subdued growth and the need to respond to natural disasters. The overall central government deficit widened to about 4½ percent of GDP in fiscal year 2011–12 and pushed debt to over 70 percent of GDP, almost 7 percentage points above pre-crisis levels. To meet the increasing financing requirements, the authorities successfully launched a T-bill in the regional securities market for the first time since the 2004–05 debt restructuring. With fiscal policies reaching the limits of their ability to support economic activity, the authorities have budgeted a strong retrenchment for fiscal year 2012–13, although weakening economic conditions may undermine its feasibility.

Noting that the room for countercyclical fiscal support has narrowed considerably, Directors welcomed the authorities’ intention to return gradually to their pre-crisis primary surplus target. They agreed that the proposed pace of fiscal adjustment strikes a right balance between the need to rebuild fiscal buffers over time and the need to support the flagging recovery. Directors supported the authorities’ efforts to contain spending in the face of weakening revenues. However, consolidation plans need to be clearly specified and additional measures may need to be taken to achieve the fiscal targets by streamlining current expenditures and directing capital spending to infrastructure and other productivity-enhancing investments.

Directors agreed that reinforcing the framework for public financial management should be an important plank of the authorities’ fiscal strategy. Strengthening budget preparation and execution and introducing fiscal responsibility legislation would underpin the government’s ability to rationalize spending and provide an important fiscal anchor in the medium term.

Directors emphasized that maintaining financial stability is an immediate priority. They encouraged the authorities to address pockets of vulnerability in credit unions to maintain confidence in the financial system at large. Decisive action is also needed to upgrade supervision, regulation, and the crisis management framework for all financial institutions, including by tightening loan loss provisioning requirements. Directors agreed that a lower interest rate floor on savings deposit would reduce banks’ funding costs and help support the economic recovery. Achieving compliance with international standards against money laundering and the financing of terrorism is also important.

Directors stressed that revamping the structural reform agenda is necessary to foster private sector-led growth and boost competitiveness. They welcomed efforts to harness the country’s geothermal energy potential, which could boost potential growth, and stressed the importance of accelerating reforms to improve the investment and business environment, narrow the infrastructure gap, and improve social outcomes.

Noting that the room for countercyclical fiscal support has narrowed considerably, the IMF said it welcomed  the intention of Dominica to return gradually to pre-crisis primary surplus target.

It said the authorities agreed that the proposed pace of fiscal adjustment strikes a right balance between the need to rebuild fiscal buffers over time and the need to support the flagging recovery. 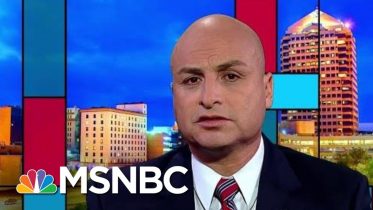 Prisca Julien Reports on the clean up of the capital city

McFaul: Sondland’s Assertion That He Did Not Connect Burisma, Biden Is ‘Insulting’ | MSNBC