The Accountability & Responsibility of a People

Dominica is a beautiful country and our people possessed of great charm and hospitality. I am proud of our heritage where it reflects the best of us. So every day I strive to promote Dominica and carry Dominica’s brochures in my brief case when I have them. Judge Richard Sothoron of Maryland’s Prince Georges County Circuit Court who visited Dominica at my urging, among many others of the legal fraternity, was fond of describing me as “Dominica’s Walking Tourist Board.”

An undoubtedly well intended marketing campaign to promote the best of Dominica which goes by the banner “I Am Dominica” has been making the rounds of late. Every country has a right to put forth its best, and such a project should be applauded where it seeks to spotlight our virtues. When I was born on Dominica in 1961, the Dominica Labour Party of Edward Leblanc had just taken office and the hopes of the common people were at high tide. Earlier, Universal adult suffrage which came in 1951, had allowed for our first Chief Minister Frank Baron to display the value of locals governing our affairs. Baron displayed talent and no little vision. The Princess Margaret Hospital, a modern Dominica Grammar School and new housing schemes in lower Goodwill date from his days in office. Social peace was guaranteed by a police force which arrested criminals for their crimes; they were jailed when found guilty. The courts worked and citizens could go to market, leave their doors unlocked, and return home with none of their possessions disturbed. The Dominica Herald of January 12, 1963 reports:

The Public Works Department Inquiry report is now in Government hands and three have been arrested for payroll irregularities and granted bail.

Yes. Even civil servants, where they committed theft of public funds ( aka “bobol”) were arrested and jailed after a prompt inquiry found evidence of wrongdoing. Is this the Dominica of today? Are the crumbling institutions of government, increasingly dominated by one-man rule, worthy of the noble legacy of democratic and transparent governance?  Why is the professionalism of our police force under question as never before? What has happened to the role of cabinet when decisions of state are taken behind the backs of unknowing ministers? What has happened to our reputation as a peaceful, honest, hard working and law abiding people? What has happened to the tradition of office holders who entered politics to serve the people and not themselves? Is the leadership today in the worthy tradition of Frank Baron, Edward LeBlanc, Eugenia Charles, Rosie Douglas or Pierre Charles? Did any of these leaders have their reputations tainted by scandal while in office? Were they known as leaders who were bent on amassing wealth while in office? Is the current “I am Dominica” initiative going to be a worthy call to exhibit the best of that heritage where honest leadership and rule of law prevails? Or is “I am Dominica” going to be some cheap glossy sheen applied to a society whose wounds fester. And what are those wounds?

The odious news keeps pouring in about Dominica. Foreign crooks with diplomatic status, such as Dominica’s envoy Rudolph King, arrested by the Federal Bureau of Investigation (FBI) and jailed on fraud charges. Dominica’s FAO Ambassador Francesco Corallo arrested for tax evasion and fraud by Italian authorities. Those arrests of Dominica’s so-called diplomats represent a calamity for our diplomacy, statecraft and reputation among the family of nations. Despite these awful appointments, no one in our government has resigned or been held to account. Add to that: A Russian owned bank located at the Government Financial Center headquarters closes after its leader was arrested for fraud and money laundering by British police. Earlier, we had the massive fraud perpetrated against Dominica’s national treasury where thousands of garbage bins were purchased from a fake Pennsylvania company at grossly inflated prices. When caught in that crooked transaction, the government leaders and their apologist claimed it was a “mistake.” Prior, the Prime Minister – who is the minister of finance as well – was exposed for having land for which the relevant taxes were not paid. And young men, bereft of hope and conscious leadership, increasingly enter the drug trade or don masks to rob their fellow citizens. Crime and murder have escalated in a manner unprecedented in our history. Though some would prefer to wish that reality away; these are the sad facts.

That situation however is reversible. We can yet redeem our best hope for Dominica, this I believe. However, we would have to become serious and cease the lies. We would have to demand, as the distinguished Dominican cleric Rev. Dr. William Watty so well stated when he lamented the current state of affairs on island:

Ill fares the land, to hastening ills a prey, Where wealth accumulates and men decay.

Our quality of life depends on how responsible, and accountable we are in the management of our affairs. Our government is a reflection of each of us. Our indignation at this unacceptable behavior of our government is not born of partisanship, animosity, or ill will. We have praised the government where it has done right and we condemn it where it is engaged in misconduct. However, we cannot blame the Government and leave it at that; we have to look deep within ourselves and ask: What am I doing to better Dominica? Government can only do, or continue to do, that which we allow. We cannot complain about the destruction of our national character or the moral fiber of the society, where we fail to organize ourselves to make a better day. It is our duty to rescue our heritage and so honor the national heroes who served us well. When we sought independence on November 3, 1978, it was to do better. Our challenge was to advance in all spheres of governance, science, education, agriculture, and industry. It was our desire to seek control of the commanding heights of our economy. Today, many gains obtained while we were still a British colony are being reversed and we are more dependent on the charity of allies than ever before. Our sense of patriotic duty to country over selfish interest is slipping.  So yes, “I am Dominica” is a worthy effort at national pride. However, we shall have no such pride where the tide of wrongdoing threatens to swamp our land.

Be the first to comment on "I am Dominica?" 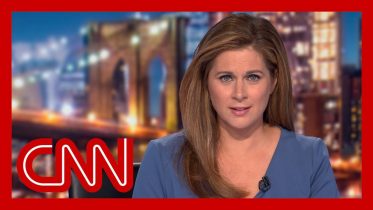 Burnett: Trump has visited El Paso before. Here’s the tape

CNN's Erin Burnett discusses the importance of President Donald Trump's rhetoric as he prepares to visit El Paso, Texas, after a shooting massacre that…

Maxime Bernier on Andrew Scheer’s resignation: “Not so surprised”

The Myths Of The Ruling Class with Anand Giridharadas | Why Is This Happening? – Ep 24 | MSNBC