The Dominican Diaspora has been stuck in a ‘vogue continuum’ and continues to employ a ‘transient’ status of meaningless relevance with regard to Dominica and its Governing body of the day! The sooner Governments (around the Caribbean), and Dominica in particular, understand the importance and potential of this valuable and untapped resource, the sooner they will mature and flourish in representation of the economic advancement they “so” desire.

The Dominican Diasporas (DAAS in particular) has already created a database of ‘global networking’ dedicated to economic renewal in Dominica, yet the strain of its relevance is tolling negatively as each day passes; why is this and how do we bridge the gap between this global network and the governing bodies that come and go as dictated by the electorate?

A great ‘numbness’ still exist about a wider political representational role for Dominica’s oversees community; the same one which continues to elude the governing Diaspora body.

Successive efforts in securing voting rights for ‘Dominican citizens’ around the globe have materialized to no more than, “political posturing” and “mistrust” between the State and Diaspora community, as to the intent of! Why is that and how do we bridge the gap? Where is the common ground and how do we built on it?

This is one way to encourage identification between diasporas and homelands, even if turnout is low. It is an important civic right in an era of globalization, migration and easier communications. No other state except the US links external representation to taxation, as was frequently argued here against the idea.

Admittedly this virtually unique single transferable vote and multimember proportional representation system would make it unwieldy if emigrants were to vote in home constituencies. But other mechanisms could be used, as in Italy and Portugal, where there are special external constituencies. A Diaspora Constituency comes to mind? One which would allow “for a Diaspora voice” yet minimize the interference and disruptive ‘stigma’ which our governments of past and present seem to notion.

Given the scale of Dominica’s economic climate and problems, votes for the Dominican’s abroad may seem a low priority for any administration. But that may not be so, if it is considered along with a legislated “voters status” initiative and renewed debate on political reforms to our constitution and its governing body. This is an inevitable reality that will materialize into fruition in the near future; resistance by our governing bodies is futile and potentially, political suicide, if not acted upon!

For instance, many European states do not require ministers to be members of parliament, for example. If the entrepreneurial talent available overseas is as bright as suggested, a way should be found to bring some of this talent into the political system, even into the cabinet. If our ‘true’ goal is to develop and improve our country economically, then a consideration of’ should be a ‘no brainer’; one would think?

The Dominican Diaspora (DAAS) has already set up councils to represent expatriates, facilitate dialogue and consultation – including on economic development – and act as a vehicle for welfare and cultural initiatives. They vary from those bringing together representatives directly elected by associations; to councils of citizens or emigrants directly or indirectly elected; to mixed systems combining direct election and co-option. All very valuable and viable alternatives that should be exploited by our Government, would you not think?

Such councils have more political legitimacy among citizens living abroad than ad-hoc groups or those drawn from established private or cultural networks. In principle the same argument applies in this case. A good example can be drawn from Greece. The World Council of Hellenes Abroad was set up in 1995 to consult with and advise the Greek state. Originally drawn from four major geographical constituencies, it has since been expanded to seven world regions, with an estimated 20 million people.

After 14 years, it is now a stronger and more representative organization, with an effective executive council and president elected on a four-year term. Much of its work is concerned with Orthodoxy, but it also organizes economic and scientific networks intended to benefit Greeks as a whole. While it has some state finance and organizational backup, much of the funding comes from donations and its own activities. It is supported by the General Secretariat for Greeks Abroad, a section of the foreign ministry with 70 employees (see http://en.sae.gr). Well, we need to disregard/overlook the current political and economic climate in Greece, and reach beyond in recognition of…!

Such institutional structures are no guarantee of a successful relationship between the Dominican Government and its Diaspora citizenship living abroad, but they can engage people and provide a representative focus. This seems to be a ‘lacking focus’ that requires an immediate corrective action plan initiated!

It could be set up on a North-South basis, with a broad remit to cover economic, cultural, social and political affairs, drawing on established sources of funding but stimulated by some State support. It could plug in to our economic and political system through regular gatherings in Dominica and elsewhere.

It should be imagined as a galaxy, with Dominica as a sun and the overseas communities as stars in their own right, rather than as a tree in which the Dominicans abroad are ‘seemingly’ viewed as ‘interfering’ on the mother country.

Last but not least, I have advocated (in the past) the importance of our Diaspora communities role in communicating with the ‘duly elected’ government of the day in a fashion conducive to promoting a bi-partisan, non-political agenda. We cannot have a Diaspora collective body lead by representation that is perceived to have political ties with specific political parties in Dominica. This is a recipe for disaster, as proven by the current ‘status quo’.

Just an opinion
Christian Volney
A Son of the Homeland

Be the first to comment on "How can we bridge the gap between Government and Diaspora?" 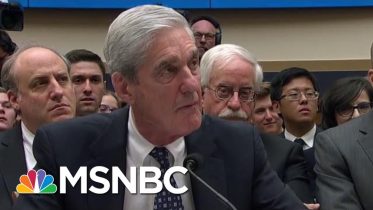 High amounts of lead found in drinking water across Canada

The Fuss Is Good