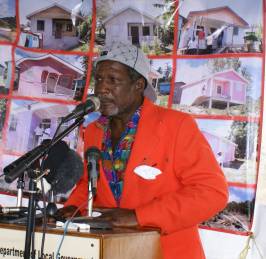 Roseau, Dominica – April 16, 2009………………Parliamentary Representative for the Portsmouth constituency and Minister for Tourism, Hon. Ian Douglas has said that the Labour Party Government is delivering to the people of Portsmouth.

Hon. Douglas made the announcement at a ceremony in Chance, Portsmouth to hand over the keys of twelve (12) newly built homes, financed by the Government of Venezuela.

“Like the Prime Minister likes to say, this is actually an activity that should have happened not only in our constituency but around Dominica twenty years ago. We had governments before this Labour Party Government headed by the Hon. Roosevelt Skerrit  who actually made promises particularly to us in this constituency but these promises were never fulfilled and so I take  particular pleasure in voicing and giving volume to the fact that this Government  is actually delivering in a very tangible and positive way not only to the people of the Portsmouth constituency but around Dominica,” Hon. Ian Douglas said.

The Minister also spoke about the deplorable conditions some persons in his constituency live in and of Government’s “legal and moral responsibility” to alleviate their plight.

Hon. Douglas admitted that although it took some time for his Government to deliver to the people of the Portsmouth constituency, he knew that the Administration would come through for the people.

“I want to tell you that I know it has been long in waiting. I know that in the early part of the decade and in the early part of the first term of this Government the delivery to this constituency was a bit slow in coming. And a lot of you all had concerns about that and I told you to be patient. I told you it would take time because I knew and I was confident and I had faith in this Government that we would come through for the constituency of Portsmouth.”

The Portsmouth MP also expressed his gratitude and respect for the Venezuelan President, His Excellency, Hugo Chavez Frias.

“Ambassador, I want you to take back to Venezuela our sentiments of gratitude and I want you to tell President Hugo Chavez that the people of this constituency and Dominica stand resolutely behind him and with him.”

These include: EC$2 million is now being spent on infrastructure in Chance; $1.02 million was spent on the construction of thirteen( 13) houses in Chance, Zicack and Glanvilla; $6.6 million on a new Indian River Bridge; $2.2 million on the Lagoon Bridge;  completion  of  the Ma Wade Bridge and the sum of $7 million on the new Roosevelt Douglas Primary School.

Over $500,000 has been spent on road infrastructure in Portsmouth, Chance and Glanvilla through the Portsmouth Town Council in the last two years.  Government has committed the sum of $1 million for the new Cabrits Ecology and Heritage Centre. Government’s contribution towards the construction of the St. John’s Catholic School was $500,000. Work will commence later this year on a US$7.6 million Fisheries Centre in Portsmouth, funded by the Government of Japan.

In his address Hon. Douglas dismissed talk that the Labour party Government of Prime Minister, Hon. Roosevelt Skerrit is not following in the footsteps of the late Edward Oliver Leblanc.

“I am proud to say without any fear of contradiction it is this Government of Hon. Roosevelt Skerrit that is following in the footsteps of Hon. EO Leblanc. So when they want to spread their propaganda and their rumours that the party has forgotten about its people, this constituency has the greatest example of who the Labour Party is taking care of and it is our people because we have always been Labourites.”

The contractors on the programme in the Portsmouth constituency are Mr. Julian Hamilton, Mr. Ericson Thomas and Mr. Charlesbert John. 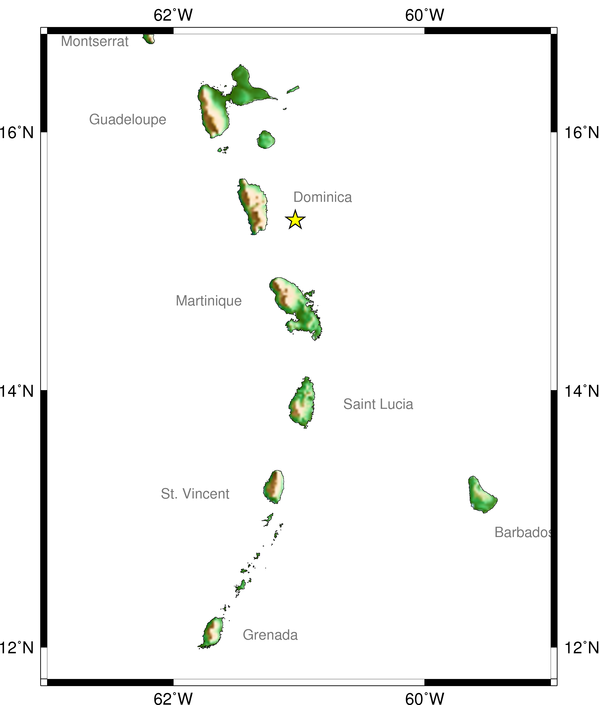