ROSEAU, Dominica, Jun 4, CMC – The Dominica government Monday appealed to parents to have a better relationship with their children as police search for a suspect in the shooting death of a man at a nightclub over the weekend.

Acting Prime Minister Dr. Colin McIntyre reminded citizens that there “is no win-win situation” if young people continue to go to nightclubs and other public places armed with guns, knives or forms of weapons.

““I want to make it abundantly clear that we as government don’t subscribe to that. I can’t see the reasons for young people going to have fun carrying weapons like that.

“We condemn it, we don’t like it at all…we are all losers in that and I would like to urge our young people to learn from that (incident). There is no bravery in that, no hero in that, there are just dead people,” McIntyre said on the state-owned DBS radio.

Police said that one person is assisting in their investigations, while the main suspect remains at large.

The authorities said that Wayne Maxwell, also known as Harderzz, was shot at the Krazy Koconuts, south of here during the early hours on Sunday morning.

Police said that another man was also stabbed during the incident.

Be the first to comment on "Government condemns murder, urge parents to develop better relationship with children" 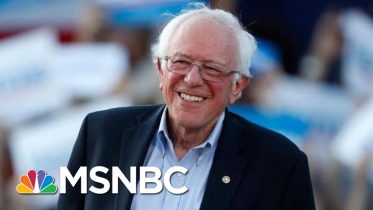 Sen. Bernie Sanders' presidential campaign events have been canceled until further notice "after he was found to have a blockage in one artery and…