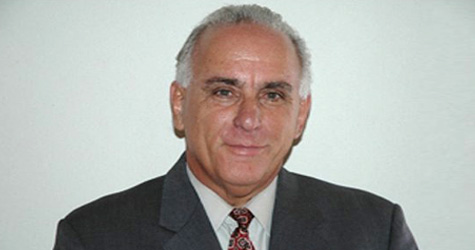 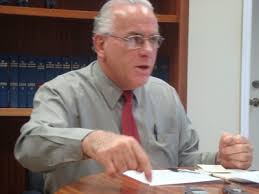 BASSETERRE, St Kitts (WINN) — With claims being made by the Dominica prime minister and various people on social media that Caribbean citizenship by investment programmes (CIPs) are being unfairly targeted by the CBS network in the United States, former St Kitts and Nevis minister Dwyer Astaphan has offered an explanation.

“The media in the United States, while CBS was down here pushing our buttons so to speak, ABC was also doing the same to the American programme and this is how things improve, people are going to be people. We’re not perfect, some of the systems we put in place are not perfect and if we are people of goodwill and committed to erasing inefficiencies in the programme and corruption generally, we will improve as we go forward. Inefficiencies and corruption exists all over so I don’t think we in St Kitts and Nevis and Dominica despite the CBS show, I don’t think we need to be daunted or despair,” Astaphan said.

Medical doctor and commentator Patrick Martin told WINN FM on Wednesday that he supports the view that Caribbean CIPs are being targeted by the American media.

“I have noticed over the years that programmes and writings coming out of the larger countries tend to be stereotypical, painting the Caribbean islands in a not so positive light. They tend to descend upon us to report what they think is bad news,” Martin said.

However, Astaphan reiterated that American CIP-type programmes are also under media scrutiny.

“While CBS might have come down here and been aggressive with the governments down here and the programme, CBS and other media houses in the United States and elsewhere are also critical of the programmes that exists in the United States and elsewhere. For example about a year ago ABC News did an investigation in the United States, where they have a programme called the EB-5 which encourages citizens of other countries to acquire US green cards by virtue of an investment of at least half a million US dollars with the guarantee that they will employ at least ten Americans and what they’ve done with this programme is try to regionalize it, to create jobs in rural parts of America to spread the opportunity, catalyzed by foreign cash.

“There are about 600 regional centres, my understanding is, throughout the United States, private agencies if you will, just like we might engage CS Global or Henley and Partners and they actually recruit foreign investors. ABC did the programme and they found a number of questionable situations,” he noted.

Dominica’s Prime Minister Roosevelt Skerrit appears convinced, however, that the island’s programme has been deliberately targeted.

“We view this as a beginning of a likely ongoing campaign to undermine and destabilize the economic well-being of Dominica, through the dismantling of its citizenship by investment programme.”

Astaphan described economic citizenship as a legitimate industry with a global reach.

He suggested that the 60 Minutes passport exposé may have done some good for the Caribbean citizenship by investment business by alerting some Americans looking for a second or third passport. 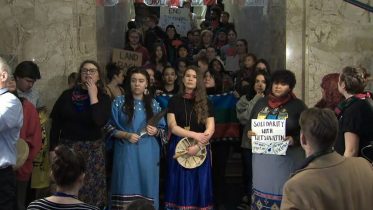 B.C. chief says “lack of leadership” by Trudeau, Horgan is why protests are happening

FIRST SESSION OF THE NINTH PARLIAMENT

A Closer Look At The Politics Of Guns | Velshi & Ruhle | MSNBC