There continues to be efforts made on an international level to encourage the filming of documentaries and other television productions at various locations on the island.

Dominica benefitted immensely several years ago when several locations were used for the filming of Pirates of the Caribbean.

“We believe we have the experience already and therefore I had the opportunity to speak to one of the biggest producers who is based in New York to explore the possibility of having Dominica as one of his locations for future films. He has agreed to send one of his representatives to Dominica to visit the place to do some exploratory site visits and to determine whether Dominica would suit the kind of locations which he normally uses.”

The Prime Minister is of the opinion that Dominica has a moral obligation to the rest of the world. He says it’s not largely an economic interest but rather an opportunity to share such a resource which is in abundance in Dominica with other countries in need. He made those remarks while talking to South South News about the abundance of water which Dominica has. 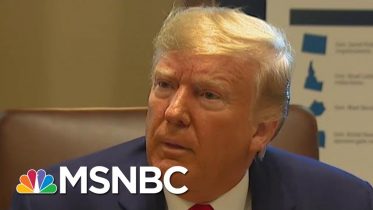 Saudi Military Band Could Use Some More Practice | All In | MSNBC

Brexit On The Menu | Ciara & Ben