Roseau, Dominica – October 23, 2009……. When the Cabinet led by the Honourable Prime Minister has its annual meeting with overseas based nationals on Monday, November 2nd 2009, from 10am at the State House in Roseau, a different format will be adopted.

The principal concentration will be a dialogue on the Draft Diaspora Policy paper, now in circulation on the Government’s website and through other medium. The intention is to focus attention on the contribution our nationals can make to the development of Dominica in all its aspects.

The objective of a Diaspora Policy is to formalize Government’s strategy for fully integrating our overseas-based nationals in Dominica’s socio-economic development.

In recognition of this reality, Government is seeking to institutionalise that relationship so as to give overseas based nationals a greater stake in the development of Dominica.

A highlight of the dialogue will be a presentation on the Draft Diaspora Policy paper by Mrs. Sylvia Charles. Resource personnel in the persons of Ambassador Charles Maynard, Mr. Edward Lambert and Mr. Swinburne Lestrade will help guide the discussion on the document.

The programme includes a welcome address by the Minister for Trade, Industry, Consumer and Diaspora Affairs, Senator the Hon. Dr. John Colin McIntyre and an overview on the role of the overseas based nationals in the context of Dominica’s development by the Honourable Prime Minister, Mr. Roosevelt Skerrit. There will also be a mini exposition of locally manufactured products.

The Draft Diaspora Policy paper can accessed electronically here on the GoCD website or it can also be found here on the GIS website. Copies of the document have already been circulated widely to all Dominican consular offices and embassies worldwide as well as to Dominican organisations based overseas.

Comments and suggestions on the Draft Diaspora Policy paper should be submitted electronically to the Ministry of Trade at foreigntrade@cwdom.dm or mailed to:
The Permanent Secretary
Ministry of Trade, Industry, Consumer and Diaspora Affairs
Financial Centre, 4th Floor
Roseau
Commonwealth of Dominica.

The Dialogue with Cabinet on Monday, November 2nd is expected to be carried live by DBS Radio and Kairi FM. 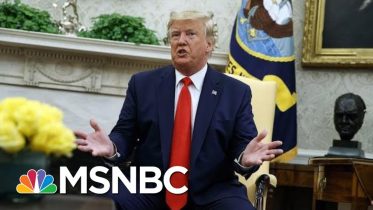