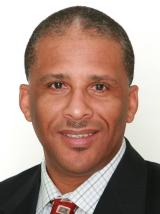 Understandably, from the imaginary promise of EC$100 million upon coming into office in 2011, to the demise of a Kumbaya budget in 2014/2015, is a stunning disparity of prime minister and minister for finance Dr Kenny Anthony’s flawed math and trick-e-conomics that is now leading Saint Lucia into a tailspin.

While the perpetrators are in denial, it is times like these that people call upon their faith, not under man, but under God and the law to guard against many bogus assumptions from collapsing brains and the trust of men that have reached mistaken conclusions.

For the better part of this year prime minister and minister for finance, Dr Kenny Anthony has aimlessly sanctioned meetings (I call them lectures) hopping from one conference room to the other with selected civic society, lecturing in many tongues, listening in one ear and accommodating friendly whispers in the other.

When not engaged in this exercise of musical chairs, his technocrats are busy laying out crafted approach and opinions to their budget miscalculations. Fortunately, the people are not listening to policy goals that lack substance!

But honestly, the reality that intrigues me is that these prancing policymakers are void of commonsense. In other words, diminishing leaders and politicians most often don’t know when their people have stopped listening to lectures that are backed up by liberal policy disappointments and death traps to the future.

It was on January 20, 1961, that John F. Kennedy challenged his fellow Americans to “ask not what your country can do for you – ask what you can do for your country.” In this global society many wonder if this applies to Caribbean countries like Saint Lucia, or rather, has time run out to deconstruct bogus ideology that wastes time and money trying to reinvent the wheel.

Developing solutions to big problems is never an easy task. But at this level leaders must find ways to strengthen economic conditions to bring sustainable benefits to people in the big picture scheme of things.

However, the opposite happened when very few were watching and others were acting on blind faith, and prime minister and minister for finance, Dr Kenny Anthony, in a desperate policy, rolled out value added tax (VAT) at 15% with plenty of false hopes and revenue miscalculations.

Dr Kenny Anthony’s administration then sought to make nice with the Civil Service Association (CSA) and granted a 4% wage increase while quietly padding the public service with political appointments at a time when the economy was already in a tailspin with 4.5% inflation, rising unemployment that, according to government figures, “crept up to 23.3% in 2013 compared to 21.4% in 2012”, while borrowing through their teeth, expecting better days.

Noticeably, government interest payments are projected at 16%, as reported in the 2014/2015 estimates, coupled with transfers at 12% to cap government at 70% fixed expenditure of GDP, along with other things that placed government at high-risk levels — unable to borrow, not even from a loan shark.

Once again, prime minister and minister for finance Dr Kenny Anthony’s flawed math and trick-e-conomics seem to continue in the estimates of expenditure for 2014/2015, expecting to stash EC$ 5.4 million from LUECLEC levies, and 5% or EC$18.7 million from reduced salaries (not expecting a backlash), while the country is psychologically and financially tapped in a poker economy, unable to persuade new investment, and to open gates of opportunities.

But as usual, the status quo continues with shoddy policies to auction a failed hotel project and God knows what else “in secret” and to carry out an undefined citizenship by investment program that is very likely to place Saint Lucia under more international scrutiny. Did someone say another Grynberg, again?

To rebuild the Saint Lucian economy, the search from here on is to provide economic opportunities to enable growth and to harness a level of security, while managing inflation (largely driven by increasing food prices) and fiscal consolidation (monetary policy, interest rates, etc). Historically, action, timely decision-making and good governance to restore confidence with domestic and foreign investors for economic rejuvenation and job creation to take root has not happened.

Therefore a balancing act is lacking, despite pompous lecturing by the prime minister and minister for finance, Dr Kenny Anthony. His flawed math and trick-e-conomics, thankfully, can’t persuade any sensible thinker.

August 2013, CariCRIS lowered its credit ratings for the government of Saint Lucia by one notch to CariBBB when GDP was sinking and decision-making was paralyzed, citing continued fiscal pressures resulting from declining revenue and rising expenditure, leading to rising debt levels, to sensitive factors such as significant changes in the fiscal position, debt stock levels, and significant changes in the external indicators. On top of this, average interest rates of 9% dating back to 2013, and the lack of liquidity increasingly strained and impacted demand.

These conditions are very much evident today in the silos of public policy, which have not witnessed a systemic change to address challenges that still threaten to cause economic mayhem.

Shifting the focus solely onto minor deficit reduction only to create a breathing room for more borrowing to finance government held expenditures such as the Built Own Lease and Transfer (BOLT), and Public Private Partnership (3Ps) projects will contribute to keeping the economy in a downshift, because future revenues are already committed to these programs not presented in the estimates of expenditure for 2014/2015, but government has already overcommitted itself, to spending our children’s future. Leaving them powerless and in debt unable to make decision about their future.

Saint Lucia’s image was once taken seriously as a beacon in the region and a global pioneer would rather seek a reversal of fortune to a balanced portfolio over the next five years at least that is centered on a youthful labour force to take ownership of the economy through business interest in healthcare, science, technology, engineering, and maths (STEM) education, transportation, agriculture and agro-business, housing, developing Saint Lucia’s waterfronts, public attractions, infrastructure development and the tourism potential.

In 2014, this resource continues to be wasted while government revenue is decreasing. Maximizing these would have more impact than depending on political decisions and talking heads that people no longer trust.

A free hand is required to revive the economy by investments to clear stalled projects that translate into a boom in capital goods, manufacturing and construction orders. The banks that are sinking under unprecedented non-performing assets (NPAs) due to a subdued economy, could rise without massive recapitalization, consolidation or closure.

“Commercial banks remained well capitalized as the capital adequacy ratio stood at 19.2% in 2012, well above the regulatory minimum requirement of 8%. However, non-performing loans (NPLs) to total loans, which have trended upwards since 2007, increased to 15.3% in 2012 from 13.2% in 2011; well above the ECCB’s guideline of 5%. CariCRIS believes the asset quality of banks will continue to deteriorate given the subdued economic activity as well as the high levels of unemployment.” ~ CariCRIS, credit rating report, government of St Lucia, August 2013.

But with few levers to control the slide back in 2013 and now, prime minister and minister for finance, Dr Kenny Anthony’s flawed math and trick-e-conomics continues to be suppressed.

No one needs a PhD, the preferred credential of choice on island, to understand that Saint Lucia’s lack of functional liquidity is drowning progress. Sooner rather than later, debt, equity and non-essential government assets will have to be transferred into money and translate into real growth to attract new investments or resort to an International Monetary Fund (IMF) bailout, if not bankruptcy.

A financial consolidation road map is no longer a hocus pocus and the shift from a complex tax structure to a simpler and lower goods and service tax is considered as a game changer to spur supply and demand to grease the wheels of business and development.

Prime minister and minister for finance, Dr Kenny Anthony will have to proceed completely to deregulating energy supply and it by-products, lower subsidies and increase locally produced goods and services with the aim to tamp down spending in less non productive welfare programs and integrate such with asset creating entrepreneur development programs.

It would be less harmful if prime minister and minister for finance, Dr Kenny Anthony desists from masking his administration’s weakness and hidden agendas to transparency and accountability. And his inability as a leader to use the power of persuasion to bring the experts together, and learn from experience to solve problems in exchange for superimposing feeble actions, is characteristic of misguided doctrines based on a political system of the winner takes all that sidelines practical ideas and resources that can foster prosperity for the good of all.

US President Dwight D. Eisenhower reminded us of the primacy of God over government in his farewell address: “You and I, my fellow citizens, need to be strong in our faith that all nations, under God, will reach the goal of peace with justice.”

The struggle to take serious action towards peace, justice and freedom truly requires exceptional leadership. However, such is not available in tired political leaders and politicians that few have faith in any longer and are at best more confused, thinking about the next vote. No amount of after the fact lectures, flawed math and trick-e-conomics and unsubstantial market step theatrics could revive the public faith in politicians that have failed to rise above election talk and poor results, with a mocking leader unable to persuade the efforts in his charge.

Honesty towards renewed cooperation is necessary to express public opinions in a new social, economical and political contract for the next generation. This practical approach is only available from practical people. The need is greater now to dismantle the status quo, break the budget stalemates and build public trust to create opportunity, growth and prosperity.

In keeping with the times, it’s time for prime minister and minister for finance, Dr Kenny Anthony to leave! 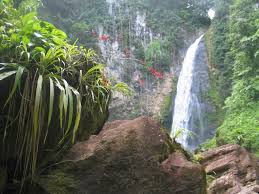 The Ministry of Tourism and Urban Renewal and Discover Dominica Authority are pleased to announce increased air access capacity into Dominica on Seaborne airlines. Seaborne…

Watch A Republican Congressman Scold Trump: Don’t Be ‘An A**hole’ | The Beat With Ari Melber | MSNBC