St. Maarten / ROSEAU (DOMINICA) – The Commonwealth of Dominica’s Prime Minister Roosevelt Skerrit is at the center of a huge controversy over selling diplomatic passports to anybody who is ready to pay $100,000 for it under the island’s Economic Citizenship Plan. One of the recipients is Atlantis owner Francesco Corallo.
Weekly Blitz, an internet publication from (of all places) Bangladesh that calls itself the only anti-Jihadist newspaper in the world, published a series of articles recently about Dominica and about the role the country played in attempts to give St. Maarten-based Atlantis World Group owner Francesco Corallo diplomatic immunity by making him its goodwill ambassador to the United Nations Food and Agriculture Organization.
When Rome’s financial police raided Corallo’s home and office in Rome on November 10, Corallo called upon his diplomatic immunity. Later, his company Atlantis/Betplus issued a statement saying that Corallo had given up that status to cooperate fully with the investigation. But an email from this newspaper to the FAO-office in Rome soon revealed that Corallo was not a goodwill ambassador at all.
The Italian Ministry of foreign affairs issued a statement saying That it had issued a negative advice about Corallo’s ambassadorship because he has economic interests in Italy.
The Italian investigation focuses on questionable loans by the Banca Popolare to Atlantis/Betplus to the tune of €148 million (about $200 million). Corallo is not a suspect in this investigation.
But his play on diplomatic immunity backfired and started a public debate in Dominica about the government’s practice to appoint what Weekly Blitz describes as “dubious ambassadors.”
“It is not the first time that Dominica’s string of dubious ambassadors has had difficulty using diplomatic cover to escape prosecution,” the internet-publication reported last week Friday. In 2009, Switzerland renounced the diplomatic immunity of Roman Lakschin, who was Dominica’s special envoy to the United Nations. The United States ignored the diplomatic status of ambassador Rudolph King after he was arrested on fraud charges. Two years earlier, in 2007, the US denied a visa to Barbadian Leroy Paris, after questioning why a non-national was named Dominica’s goodwill ambassador.
Weekly blitz reported that the Italian police are questioning Corallo and that they have put his phone and internet communication under strict surveillance.
“Francesco Corallo told pone of the interrogators that he offered a small portion of shares in his casino business as well as “some cash” to Roosevelt Skerrit in exchange for obtaining a diplomatic passport from Dominica,” Weekly Blitz wrote. “A source in Italy told Weekly Blitz that in recent months a large volume of counterfeit euros and United States dollars were traced to be paid to the winning gamblers at some of the casinos including those owned by Francesco Corallo.”
Weekly Blitz suggested that Dominica’s Prime Minister Skerrit might be involved with “an Iranian racket” that produces counterfeit money which it circulates through various casinos in Italy.
The internet publication charges that Skerrit, a former chairman of Caricom, and his “collaborator” Anthony Astaphan who is described as an attorney of Syrian-Lebanese descent, are running a rogue regime that has turned Dominica into “the safe haven of criminals and the mafia.”
Weekly Blitz is highly critical of the Economic citizenship program, charging that Skerrit used the program to issue passports to “the children of notorious mafia don Dawood Ibrahim.” According to the report, Dominica has issued passports to “a number of criminals from around the world, including Russia, China and Iran. The “rogue administration in Rouseau” never bothered to investigate the background of these people.”

Weekly Blitz quotes “one of the top investigators in the Francesco Corallo case” as saying that Corallo obtained the diplomatic status from Dominica “to save him from the $45 billion tax evasion charge his company Atlantis/Betplus is currently facing.”
Another Italian source told the reporter: “Francesco Corallo received diplomatic status and the diplomatic passport after direct talks with Prime Minister Roosevelt Skerrit. The diplomatic cover was accorded to him under a mutual agreement of paying $25,000 per month as royalty, while a security deposit of $200,000 was also handed over to Skerrit’s representative.”
Security specialists in Washington estimate that currently around 45 diplomatic passports from Dominica are in the hand of “some dubious people: who are allowed to use it against a monthly royalty-payment. The report stated that Skerrit receives more than $1 million per month from the scheme. 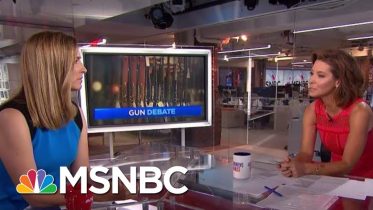 Lawmakers are still on their August recess as more and more Americans demand action on gun safety and kids are heading back to school….

The Role Of The Oceans In Climate Change